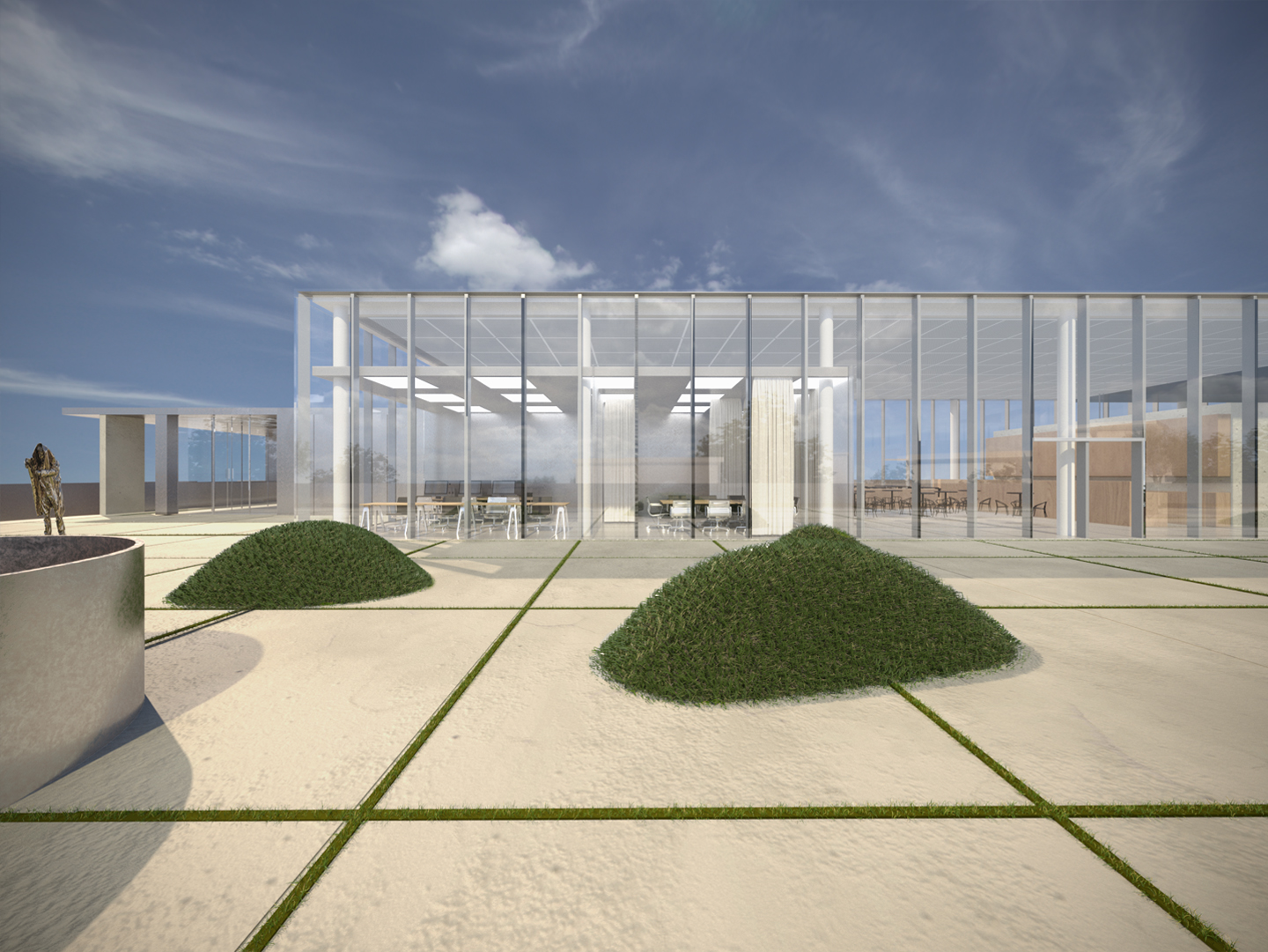 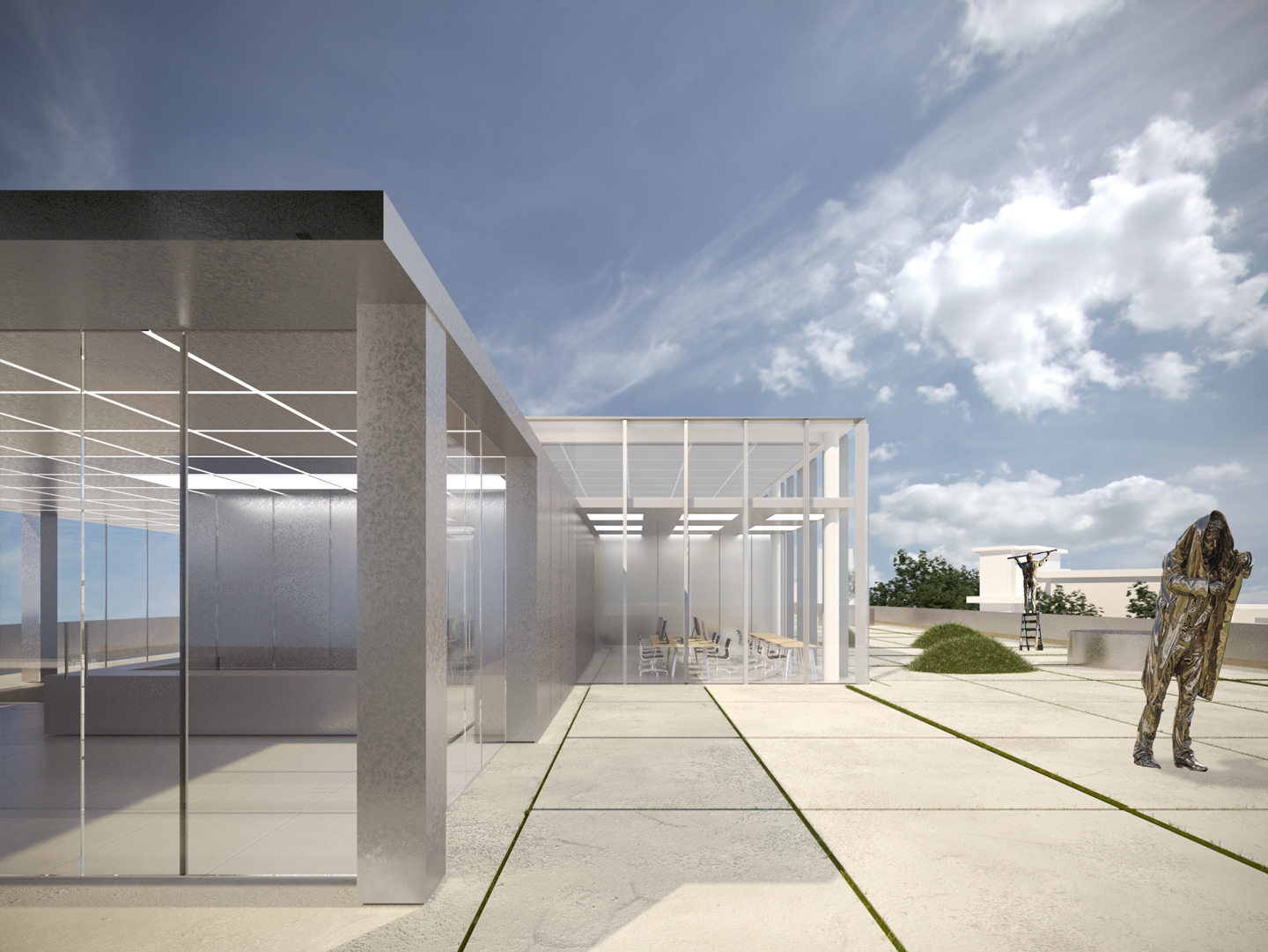 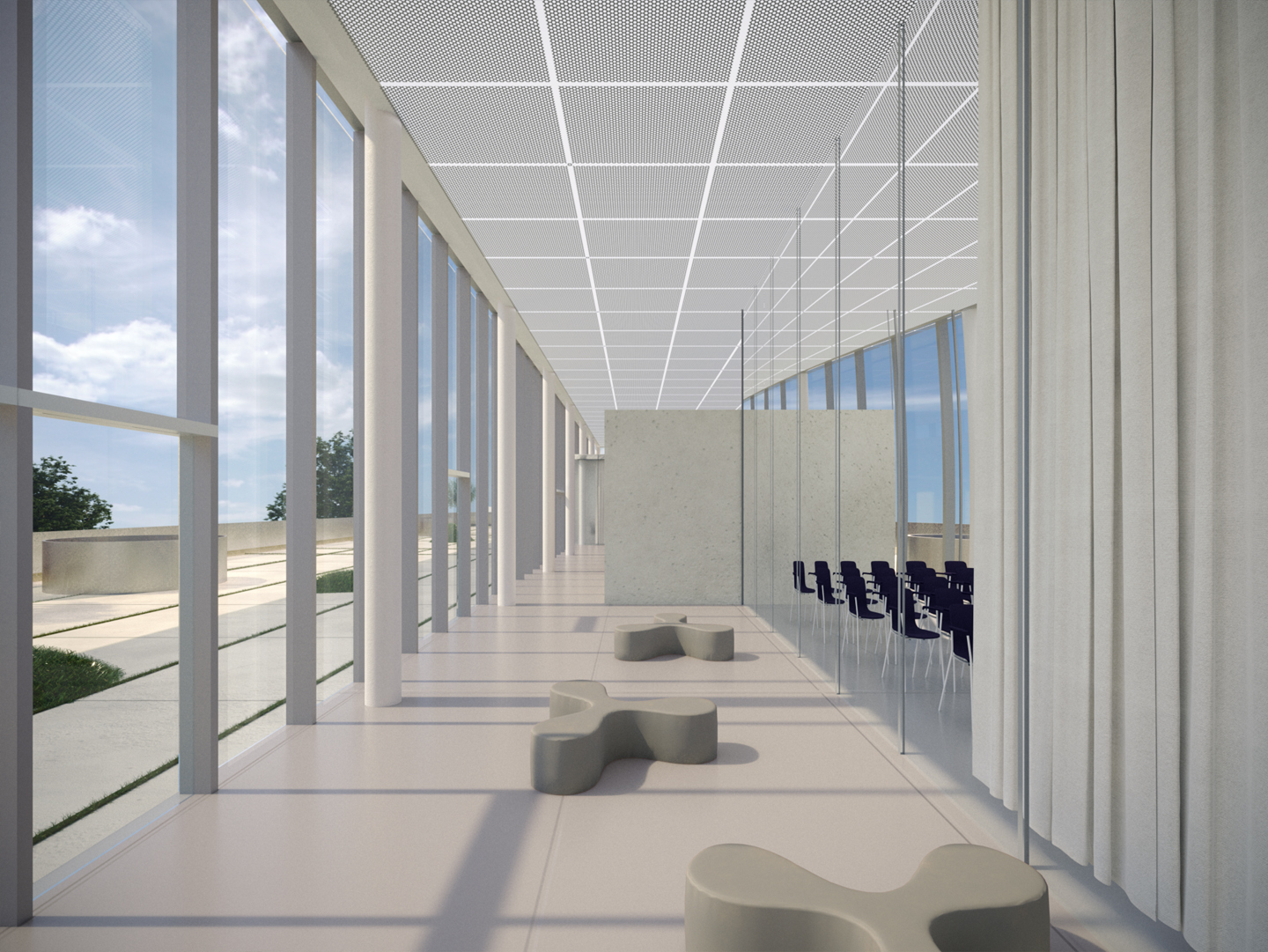 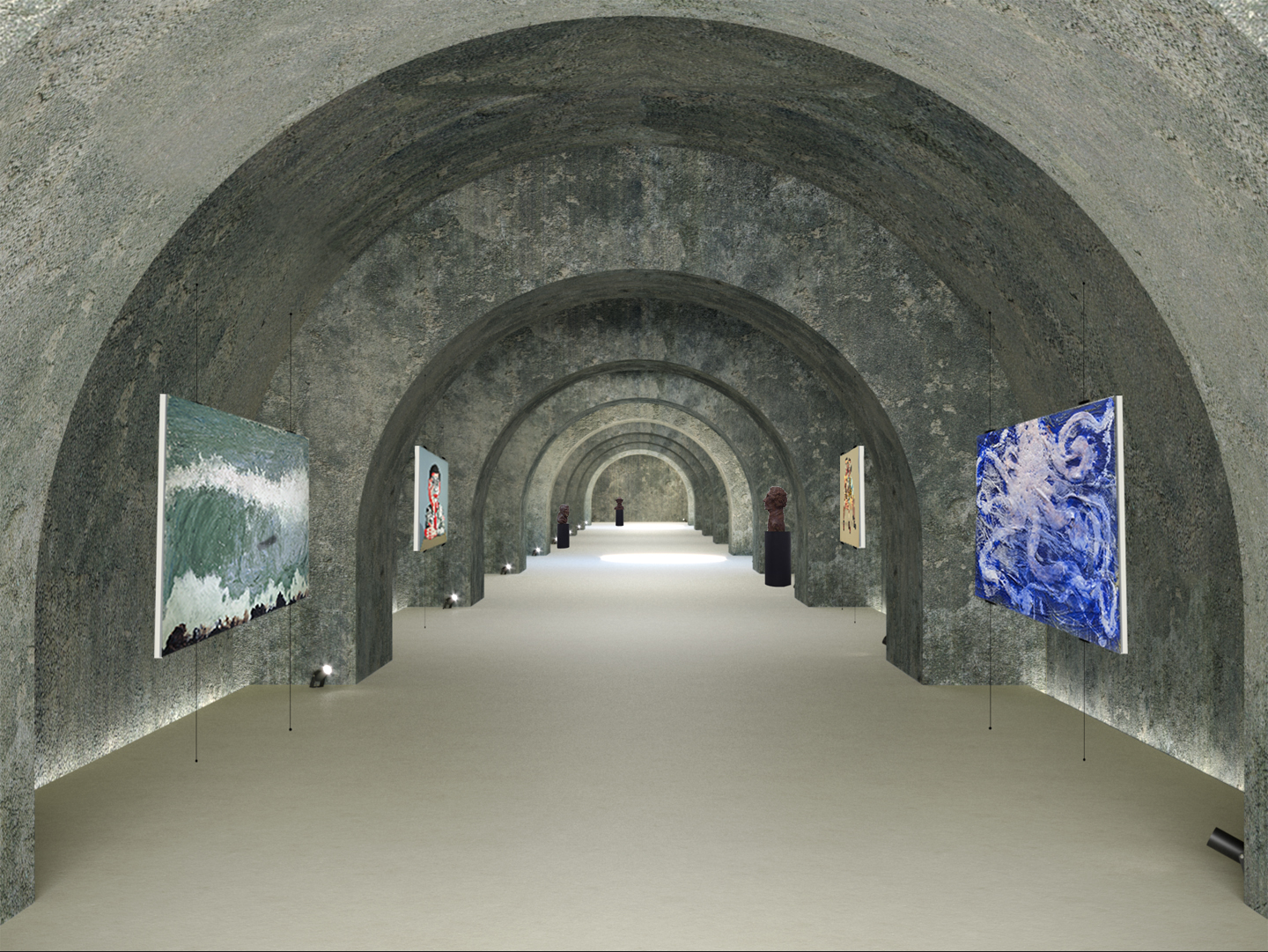 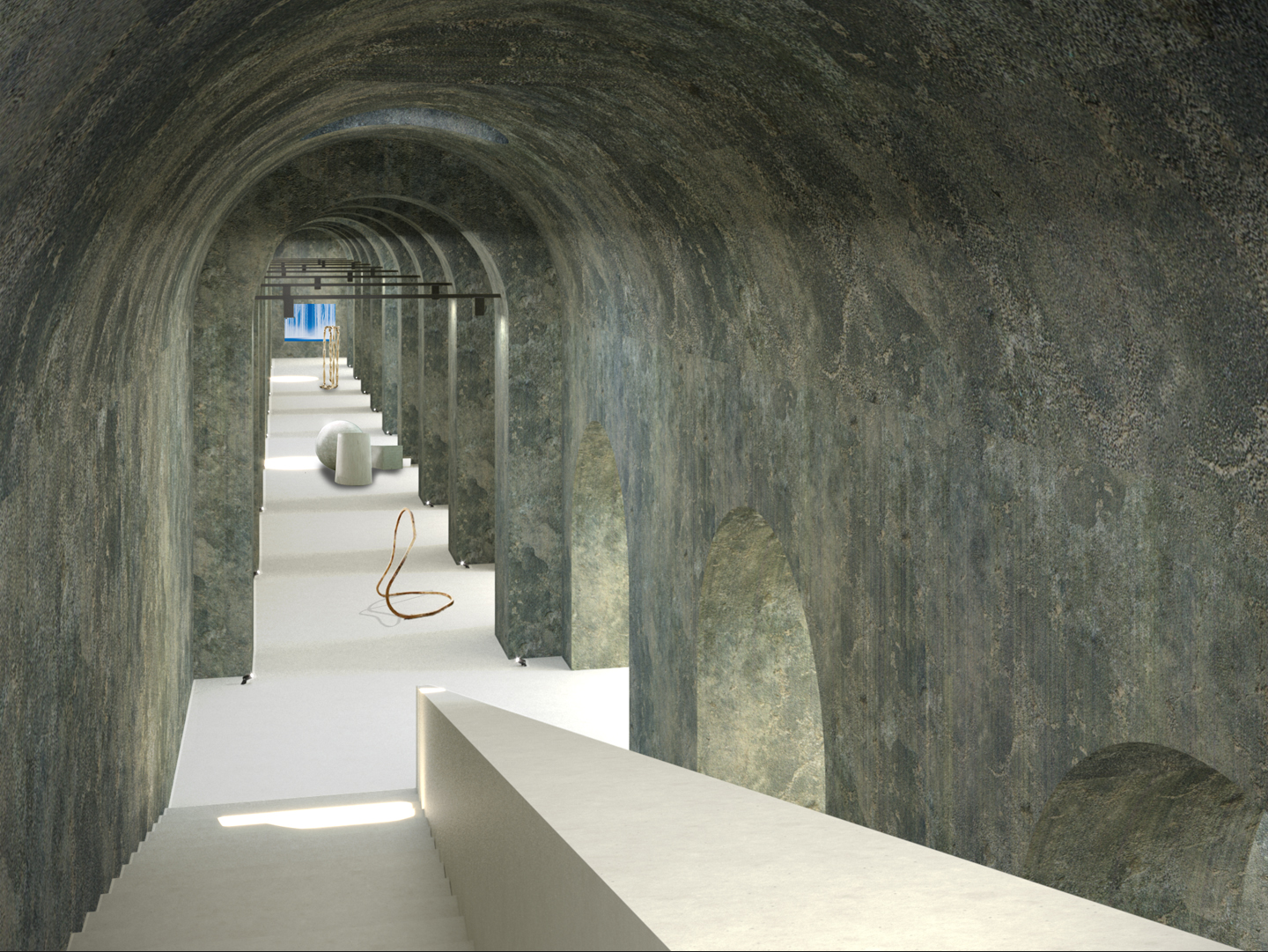 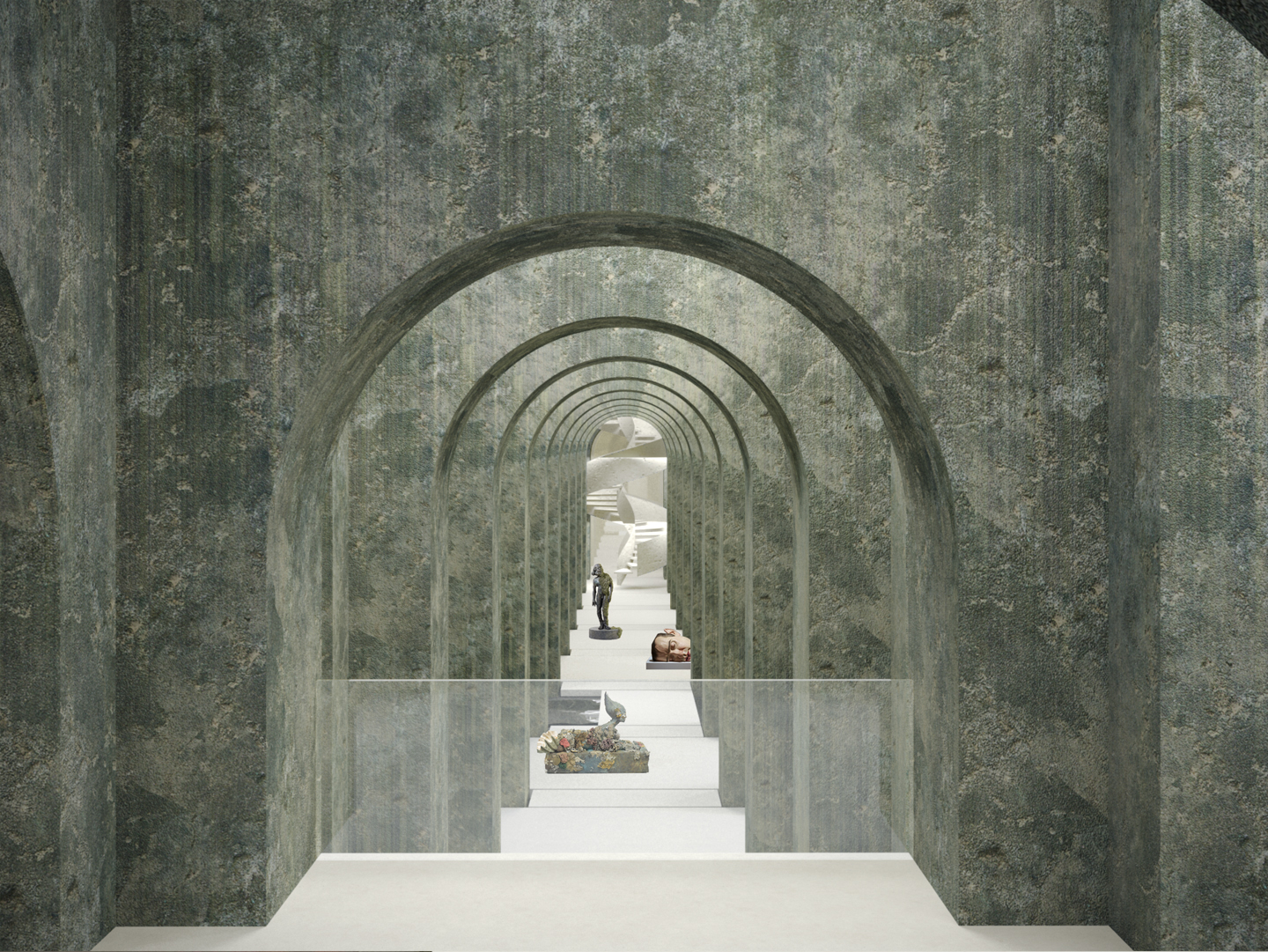 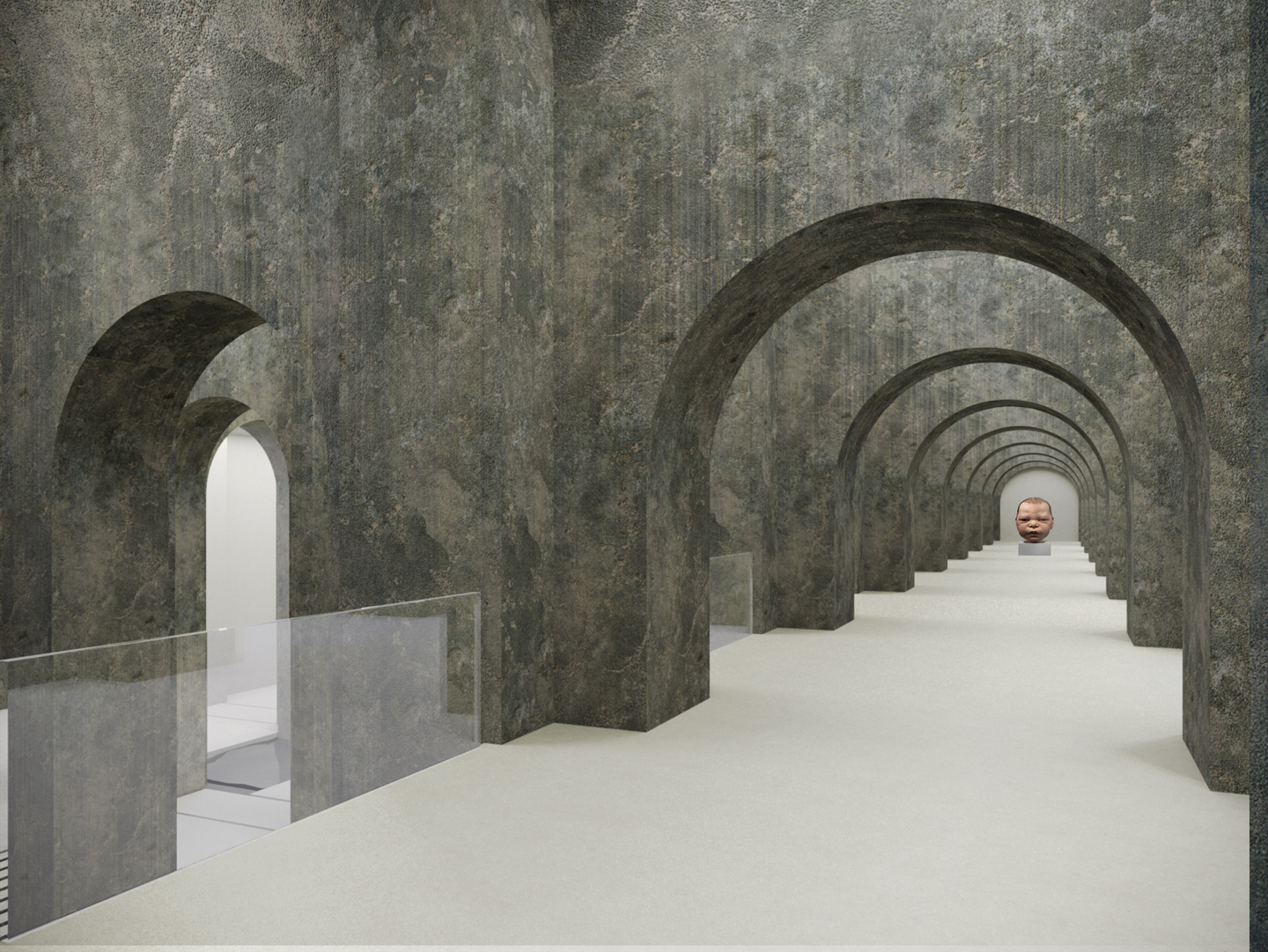 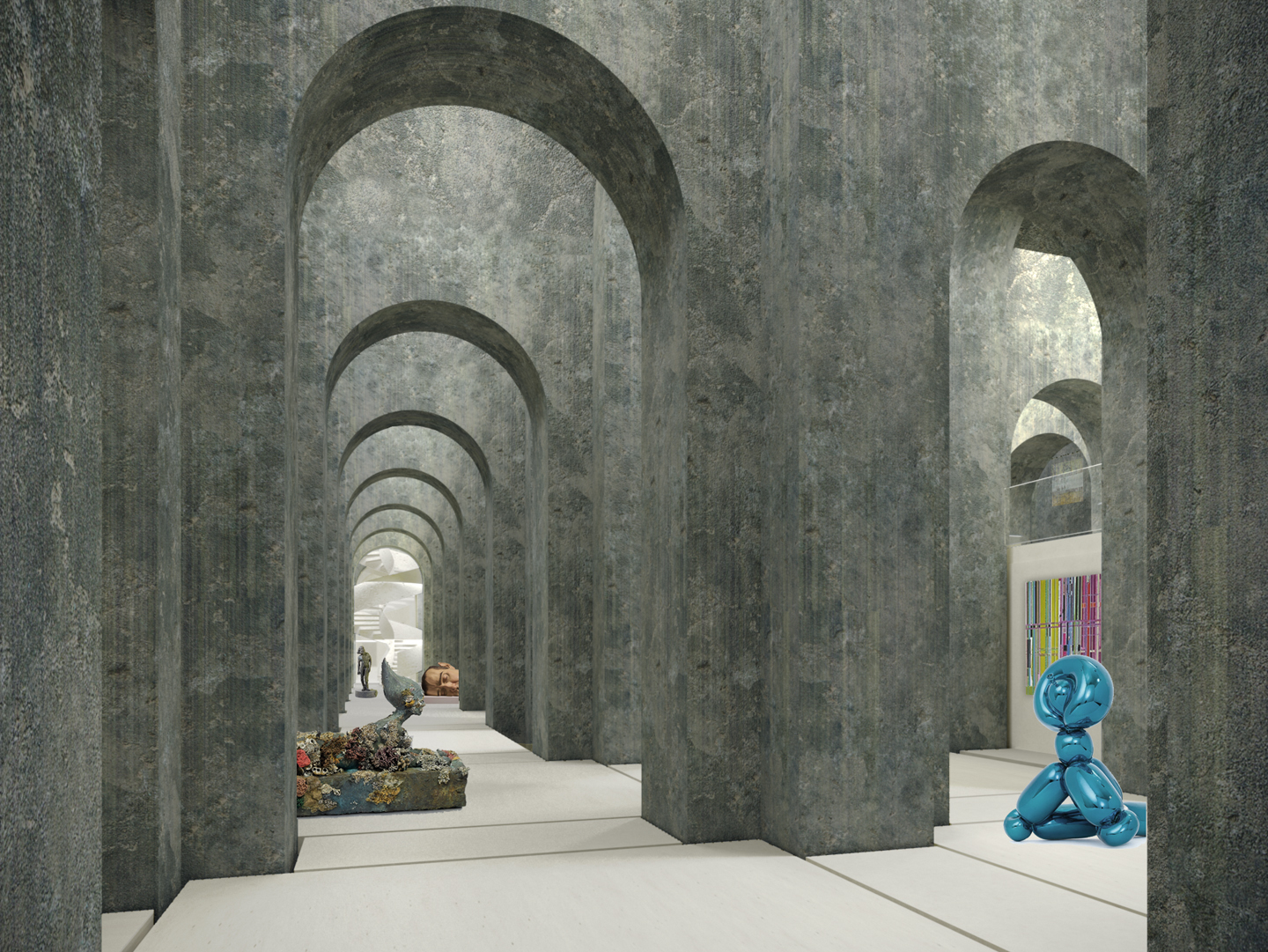 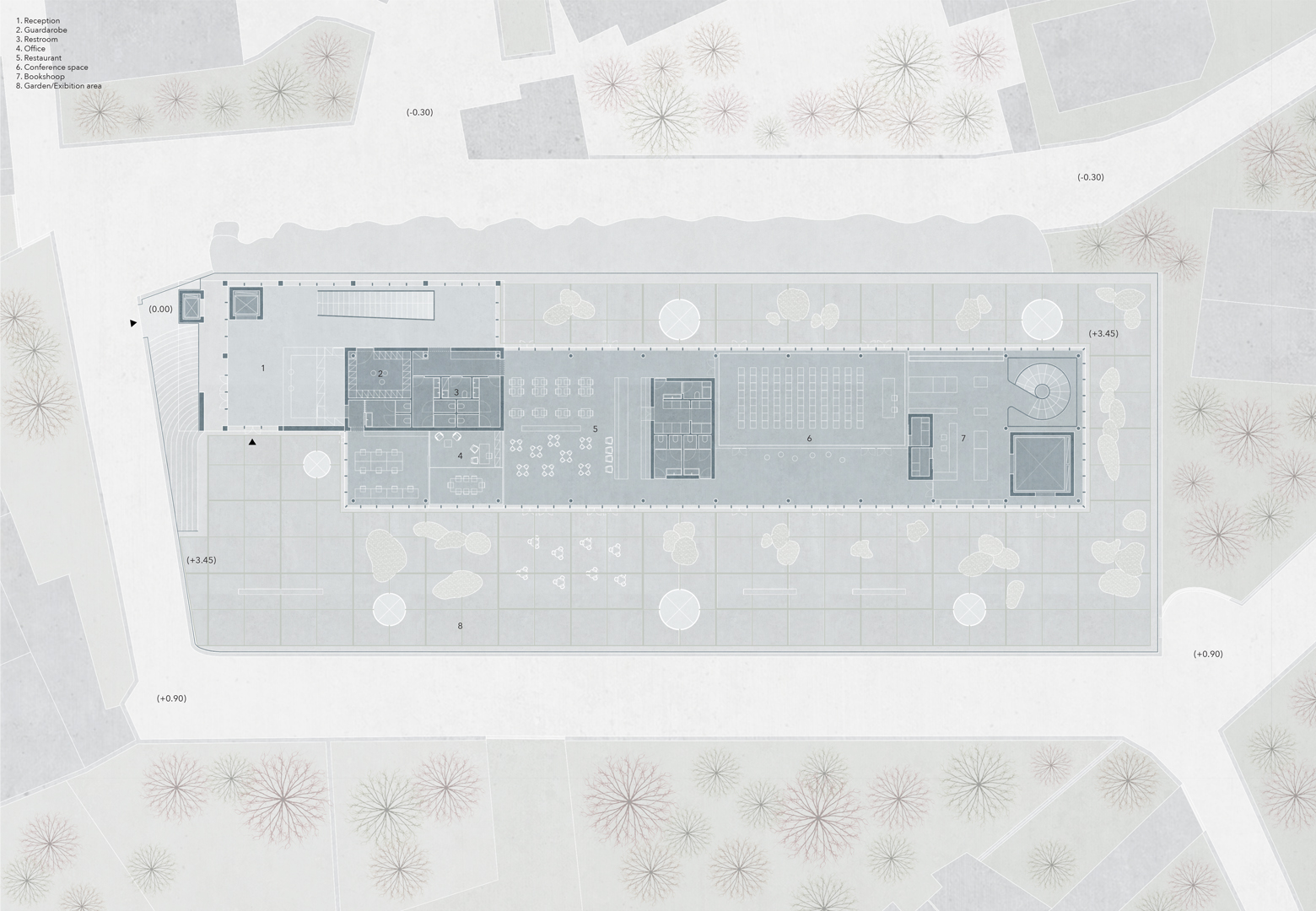 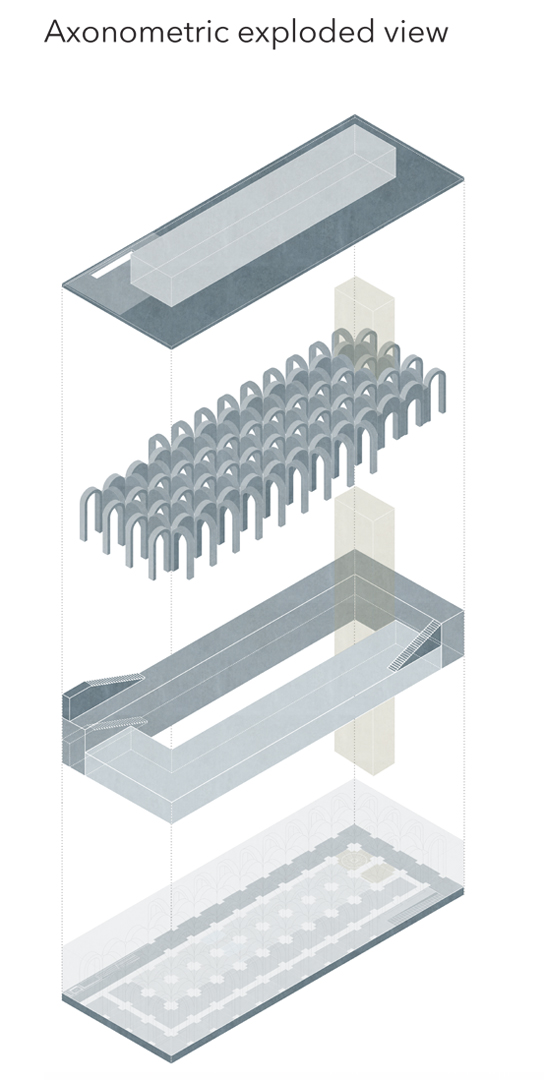 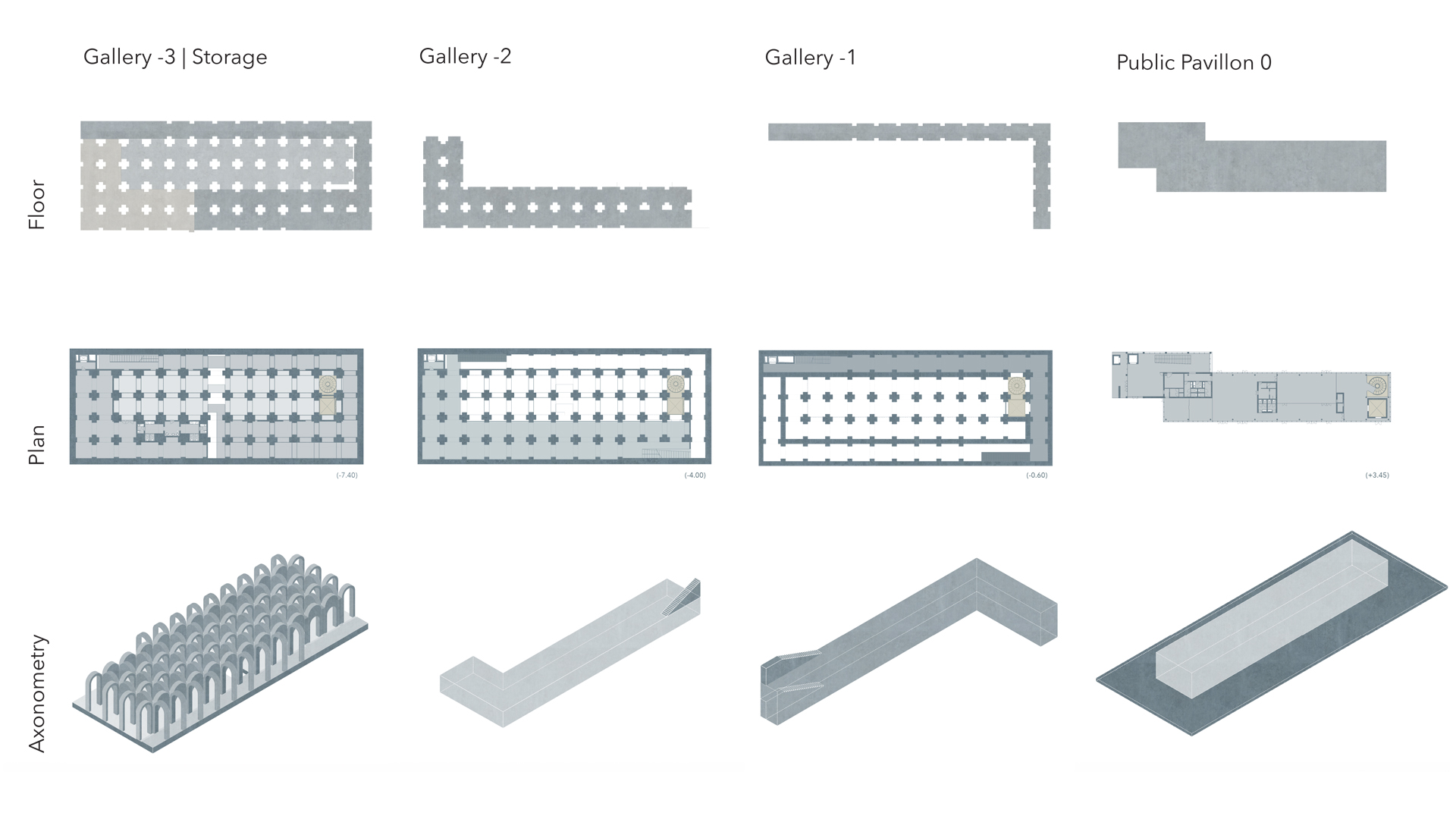 Building a museum in which life takes the place of water can mean taking two paths: the first of conservation and therefore of an intervention carried out with the aim of making the user experience the sensation of a space still in time waiting for a new purpose.
The second way is to allow space to change, to change its identity, allowing the Cathedral to live a new life while retaining the charm of ruin but not of rubble.

Digging the void was the action that guided us throughout the design. The excavation has shaped the face of the new Cistern revealing an unexpected spatiality within which the exhibition activities take place. The excavation of the central nave was ideally translated vertically onto the terrace, and its transparency precisely symbolizes the inconsistency of the void.
Designing in a vacuum led us to build a project based on the hierarchy of spaces, in fact, through the articulation of the paths inside the pool, the user walks to discover the space, the magnificence and the giant scale of the room is not revealed at first glance , just as it happens when entering a church.

The entrance to the Museum finally conquers the autonomy and dignity of form indispensable to the new function it will have to perform, within which we can find essential elements for its operation such as the ticket office and the foyer. On the large terrace there is a large transparent volume inside which the public functions of the building are located, such as the book shop, the conference room and the bistro, all with direct access to the terrace from which you can admire Procida and Ischia.
Inside the “public” volume, some concrete blocks pigmented with tuff aggregates, in contrast with the lightness of the crystal, conceal the serving spaces inside.

While the underground space retains its intimacy by opening up to the sky only thanks to the holes on the roof that allow natural light to enter, the new transparent element opens up completely to the community in the form of a lantern symbol of a cultural renaissance through which sociality it re-appropriates public spaces by becoming part of the existing context and dialoguing through its proportions with the context without imposing itself but rather respecting the height of the morphological graduality of the surrounding building.