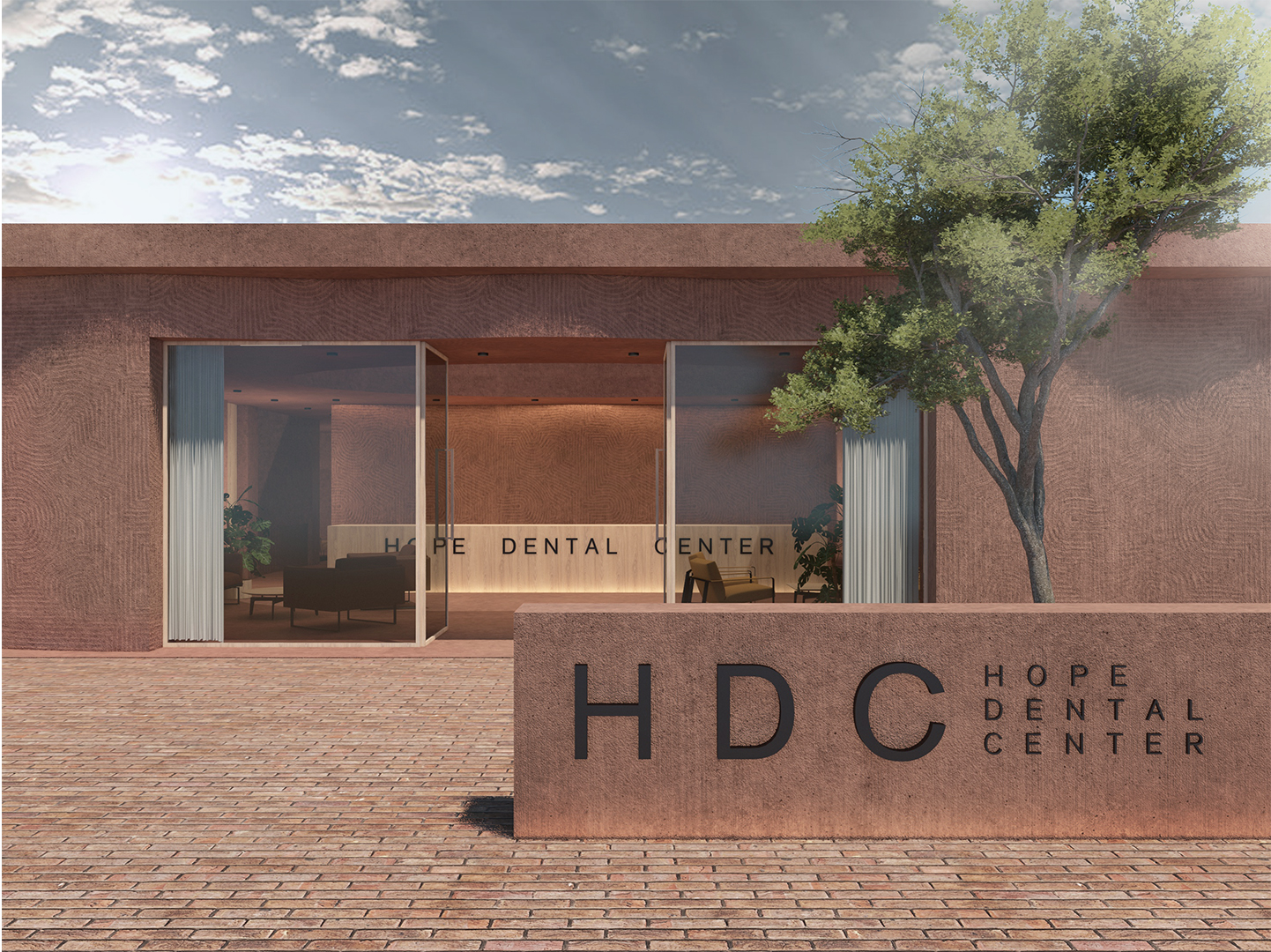 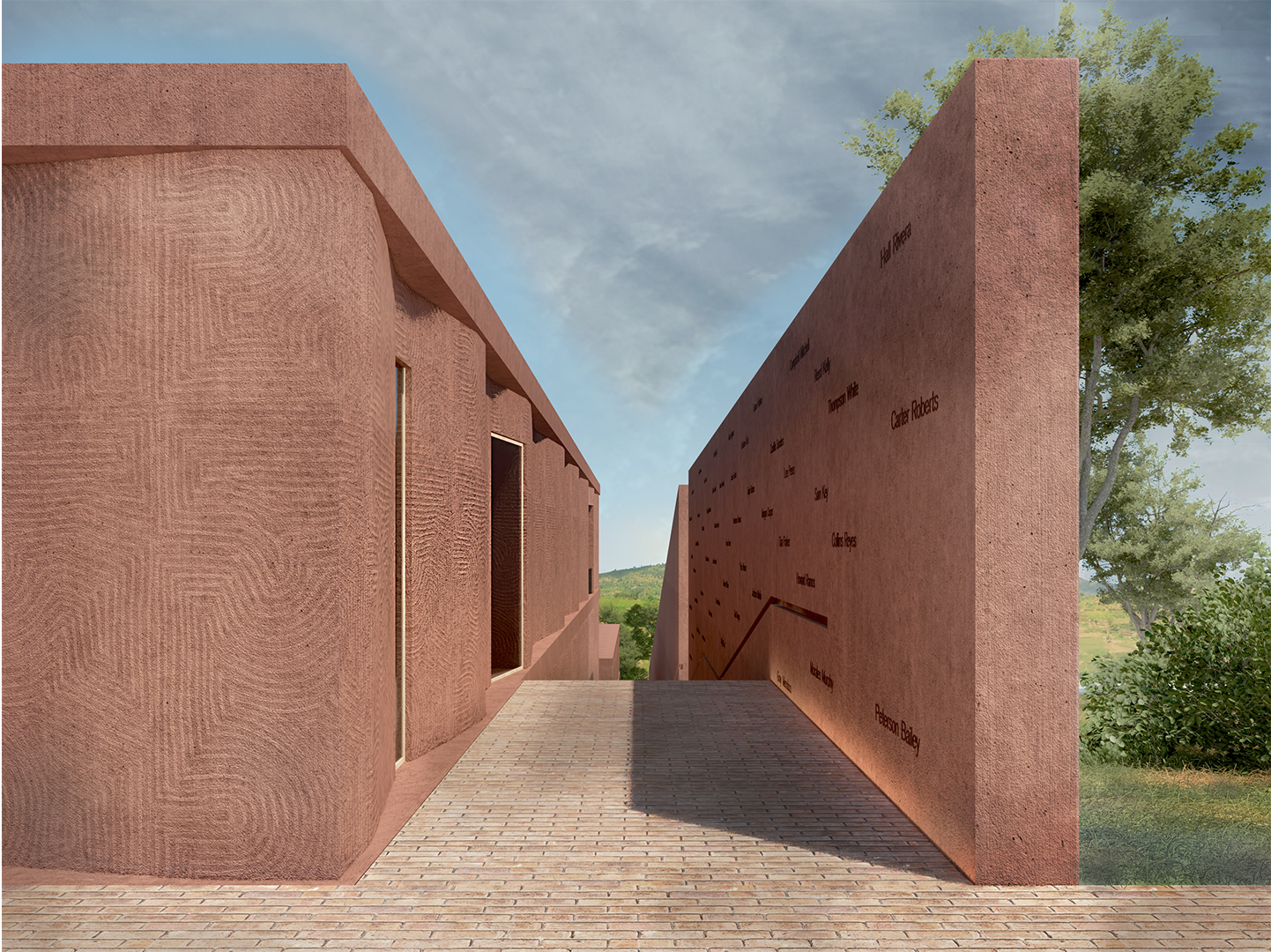 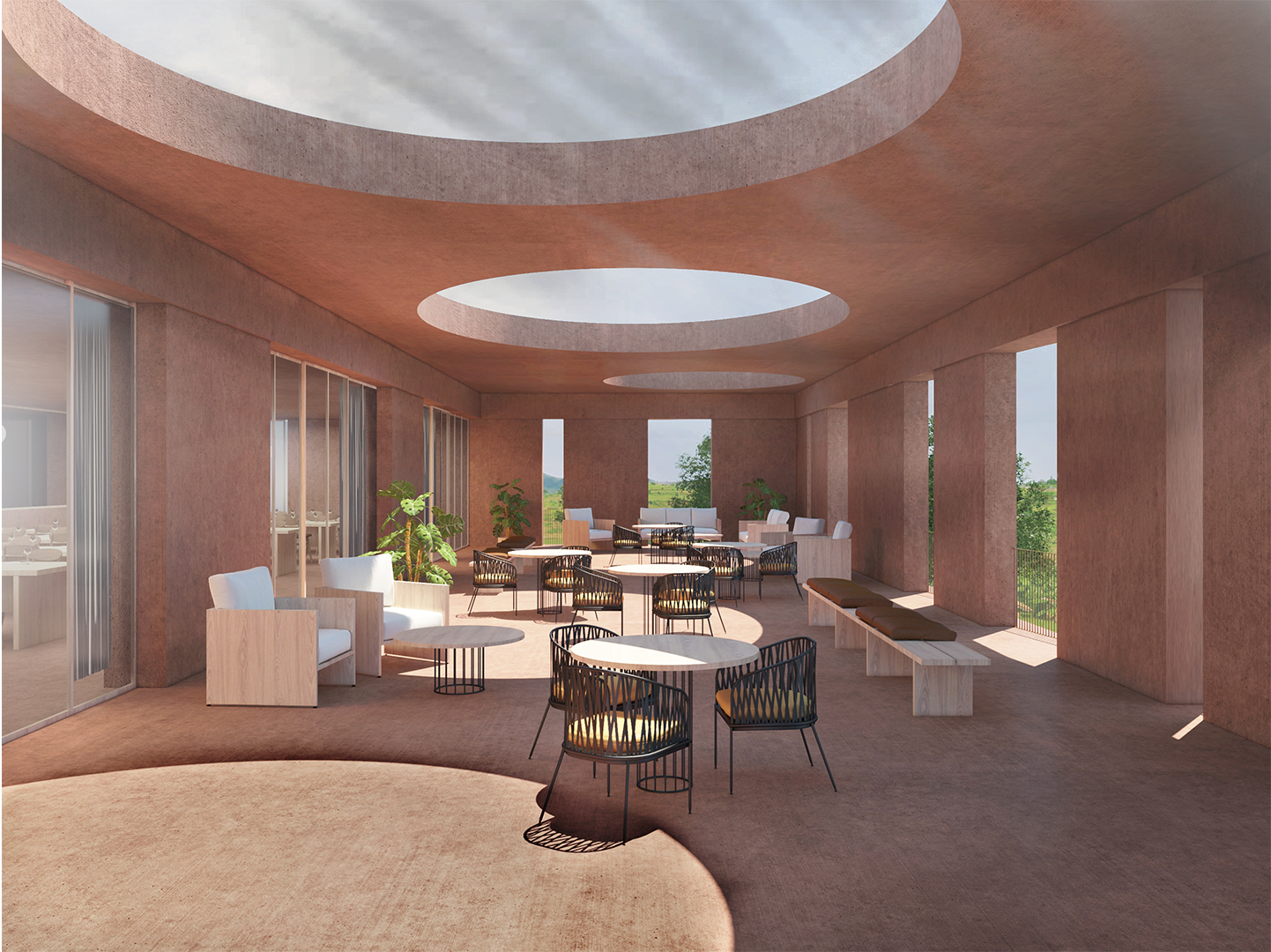 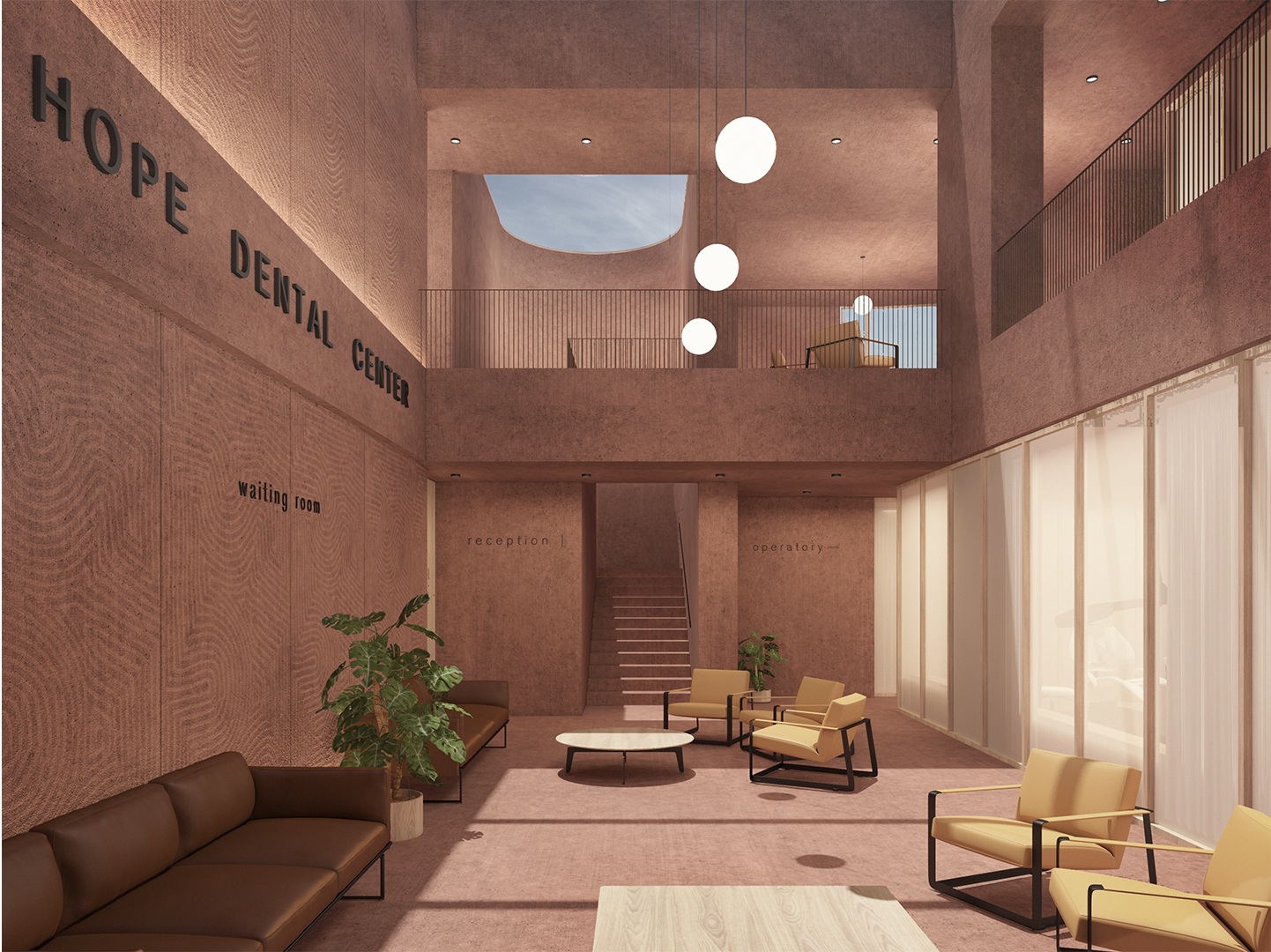 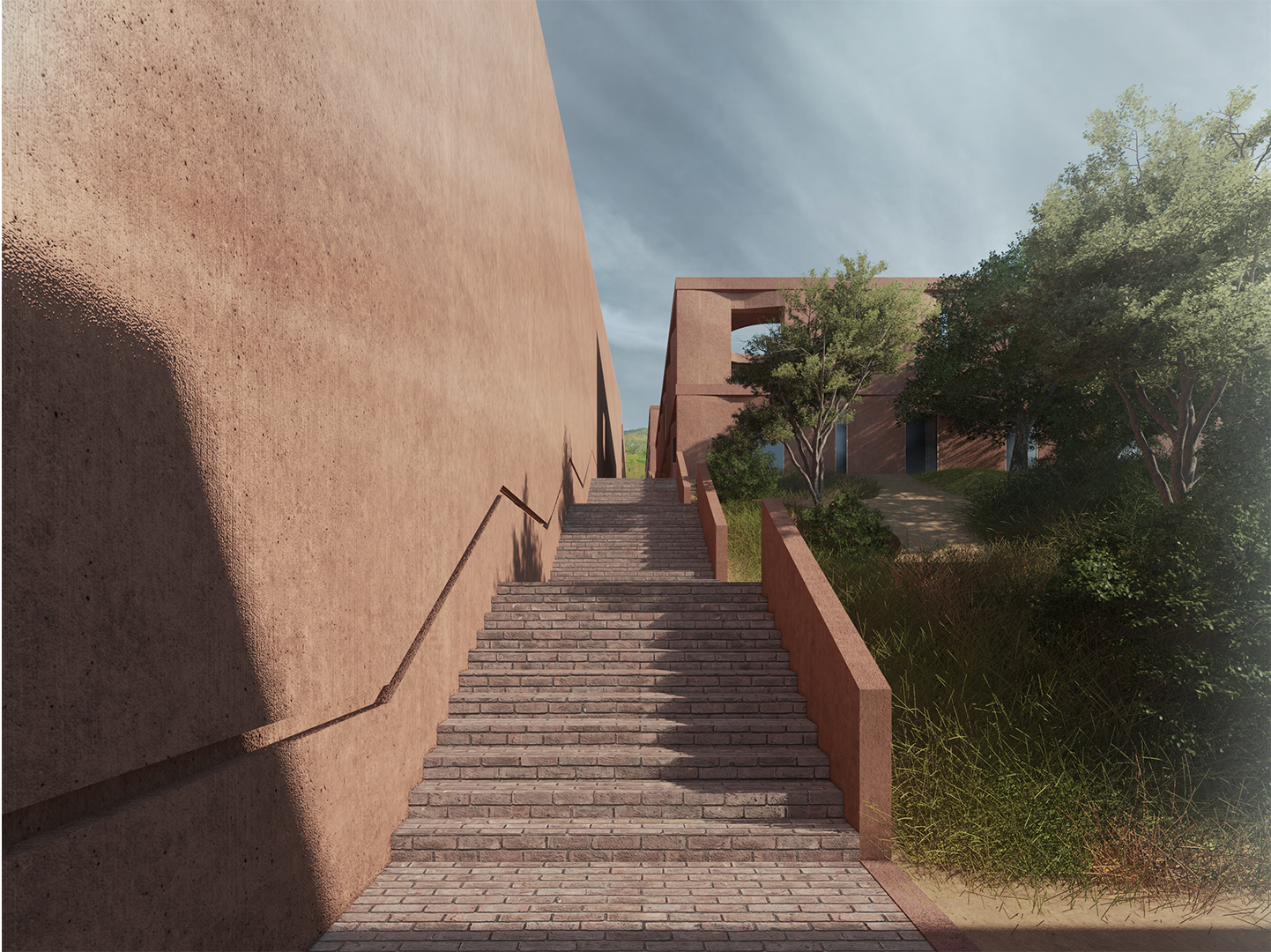 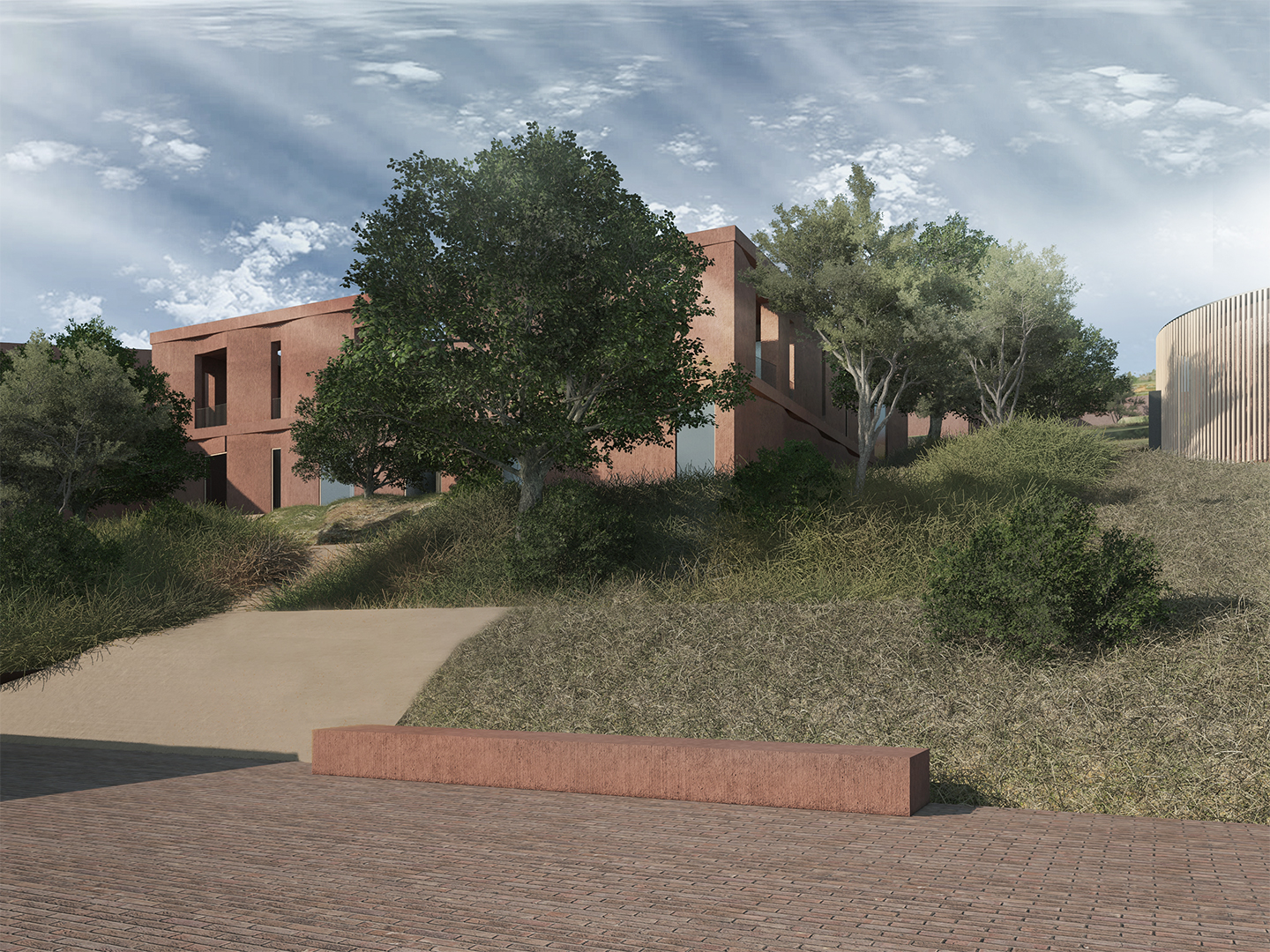 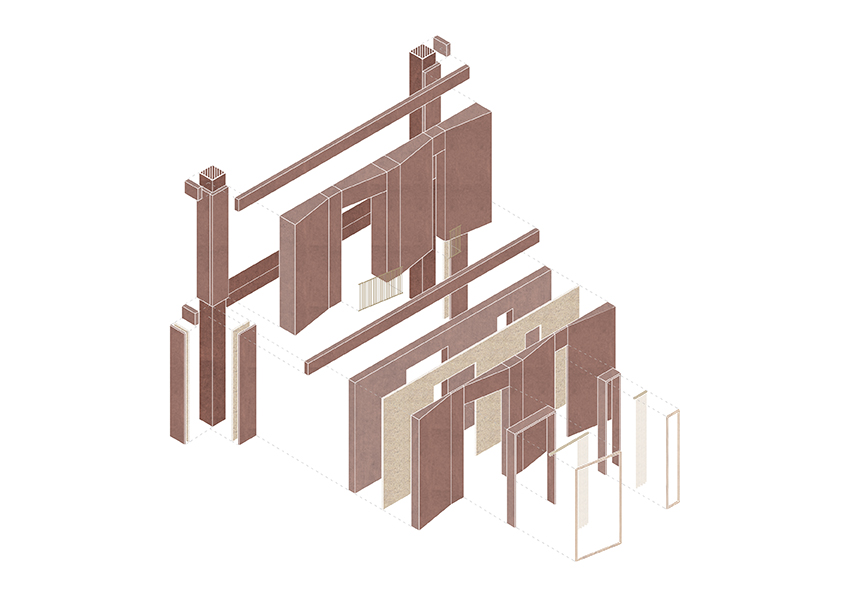 The project of the new Hope Dental Center is developed in three main volumes where the functions of the hospital complex are located. The three buildings have a height of 9 m above ground and lie on the natural slope of the ground, limiting the excavation operations. The choice to maintain the slope is not only linked to the economic issue but also to the climatic conditions inside the building, which thus exploits the thermal insulation and natural cooling of the soil in the southeast areas of the buildings.

A large staircase connects the entrance with the last building across the entire park of the complex representing the spine of the project. In addition to being the axis through which it is possible to reach all the buildings directly, it represents for the project the metaphor of its realization, that is the staircase intended as the difficulties and sacrifice that led to the realization of a development project and hope for this country. In fact, it is precisely on the perimeter wall of the staircase that the names of the people thanks to whom this work was made. The arrangement of the blocks refers to the settlement principle of the surrounding neighborhoods which recall the structural characteristics of the Rwandan Village.

The whole complex is divided into common green areas where the trees removed from the construction areas will be planted, through which it will be possible to experience the HDC as a meeting point with nature, in fact here is the Chapel, place of spirituality for excellence nestled in the hills of the park.

The building was designed in reinforced concrete pigmented with clay which gives the building a red hue, adapting to the characteristic color of the native buildings of Rwanda. The walls were conceived in raw earth, an ecological and sustainable material as well as flame retardant and non-toxic, and made using the pisè technique, that is pressure formwork which in addition to compacting the walls ensuring their solidity it will transfer to the external façades the characteristic geometric designs typical of the artistic culture of Rwanda, the “imigongo”.

The strength of this project is not only based on the organic nature of the spaces but on the real feasibility of the work thanks to the simplicity of construction and the technical-design choices that guarantee environmental quality control even without the mandatory help of particular technological solutions.