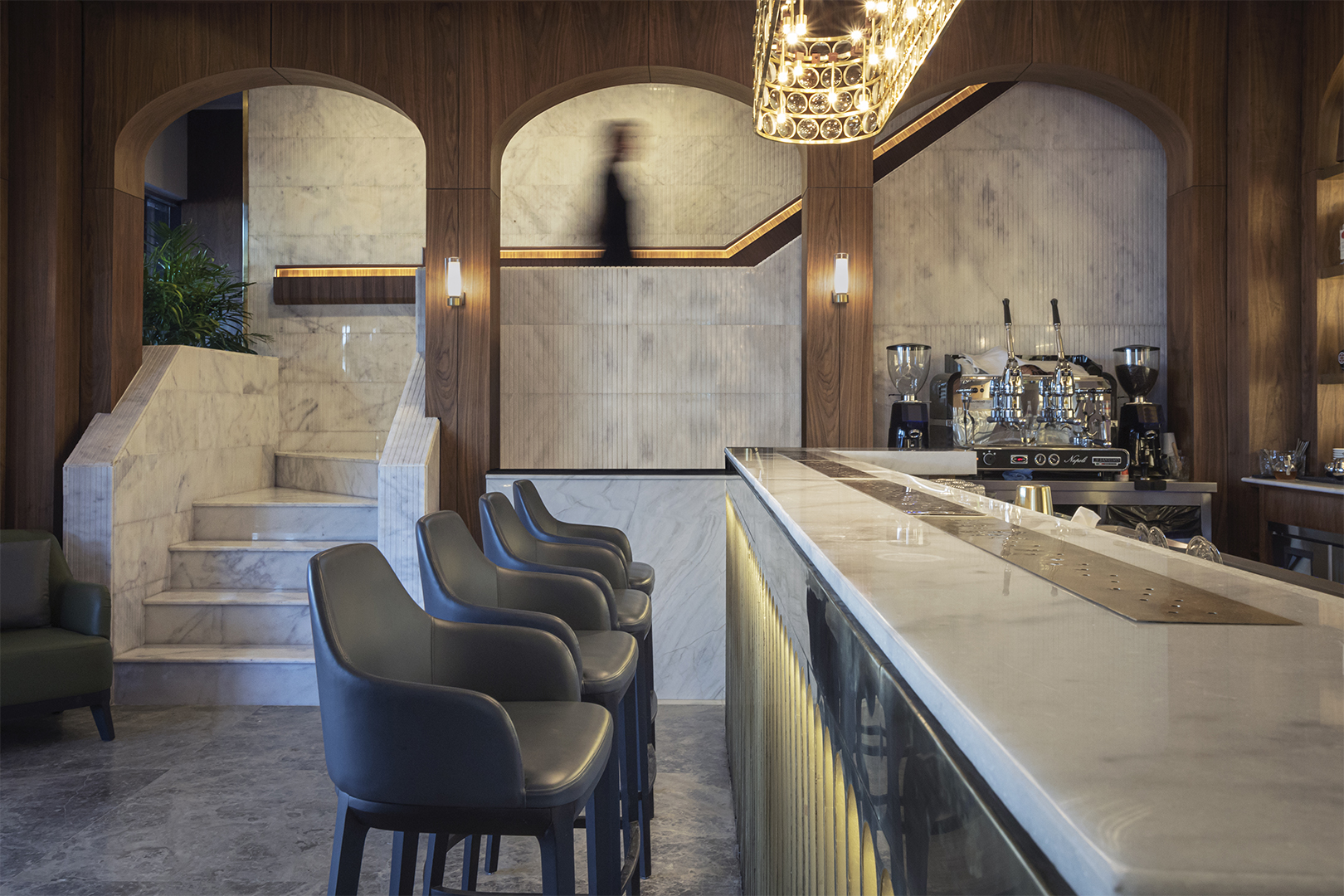 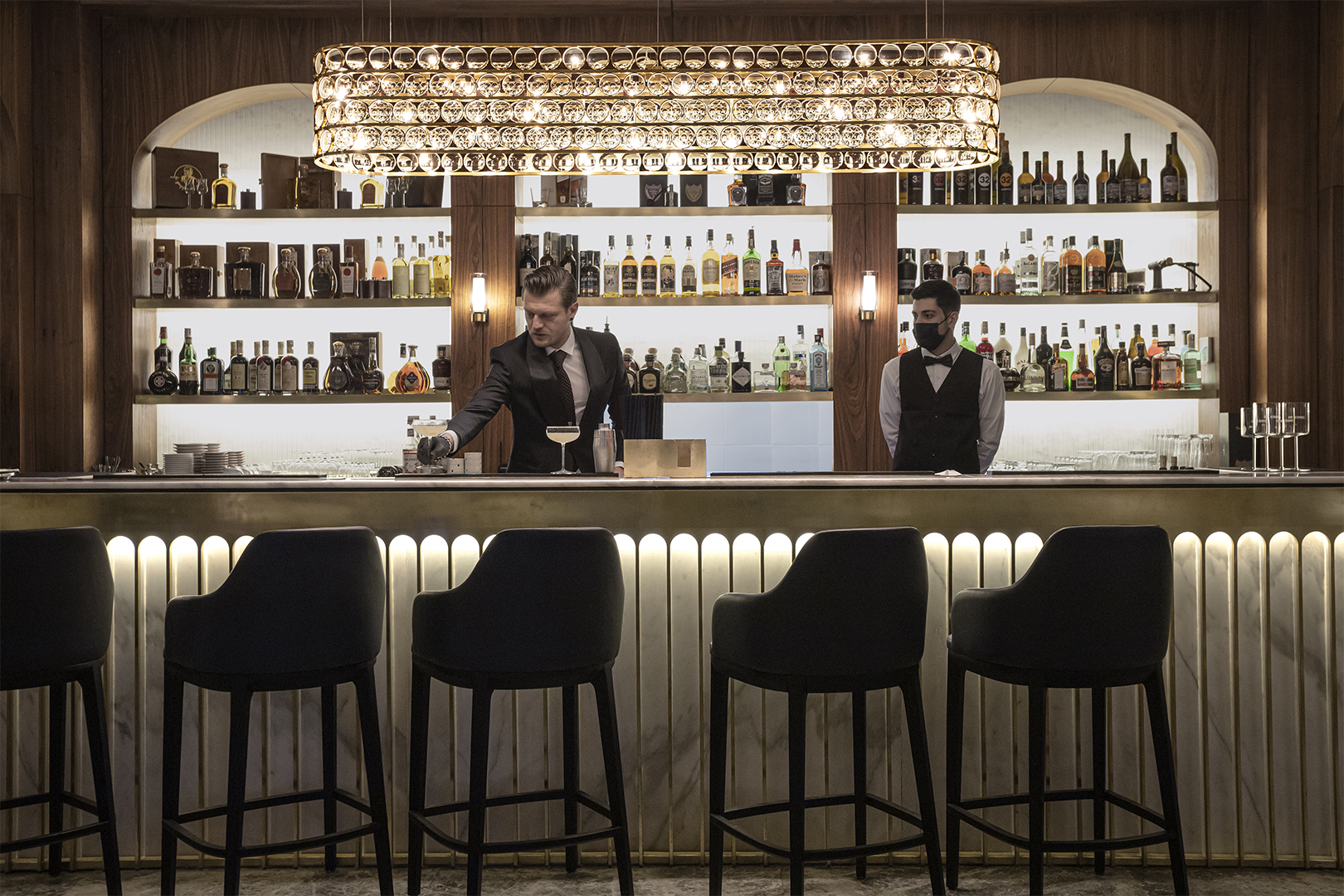 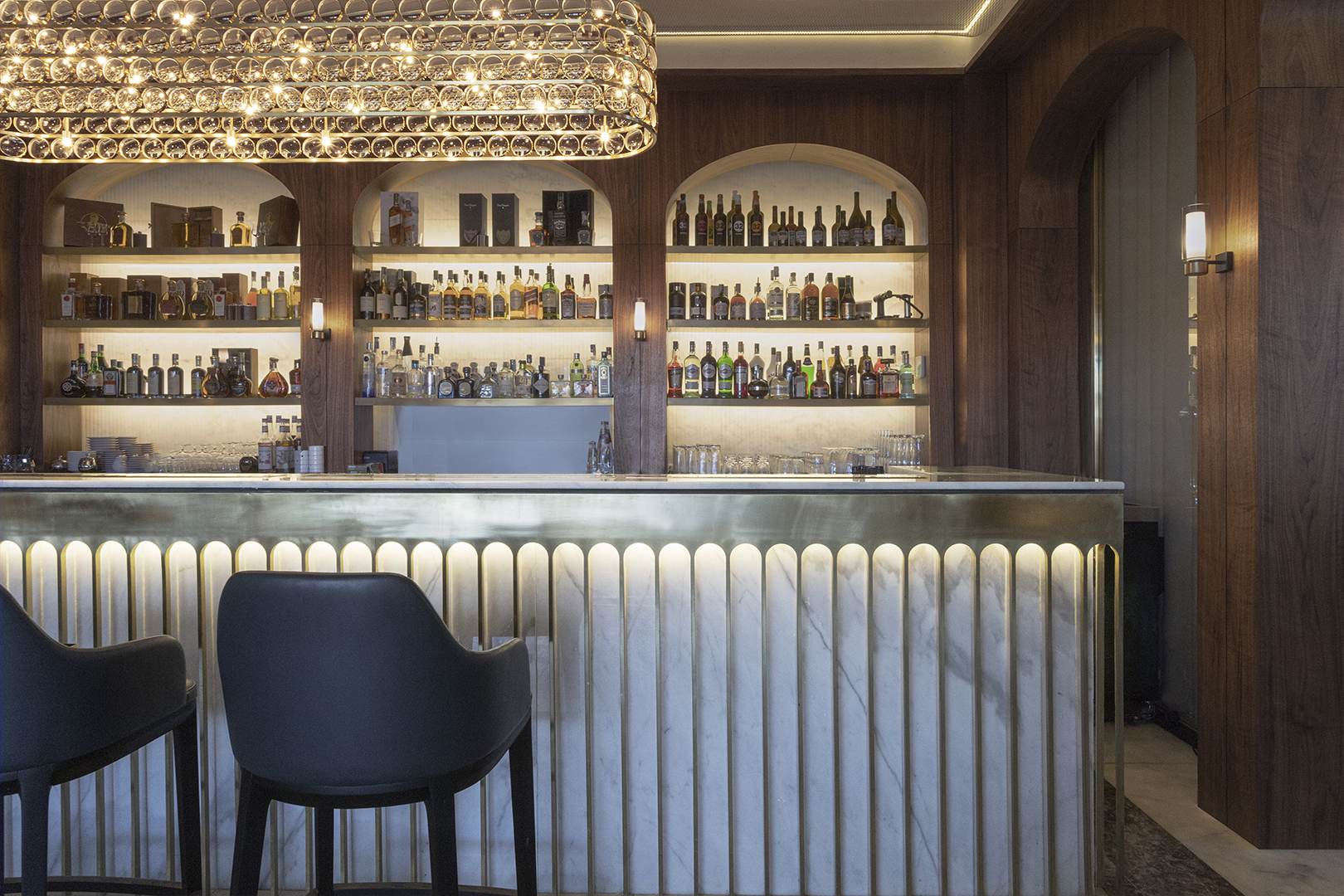 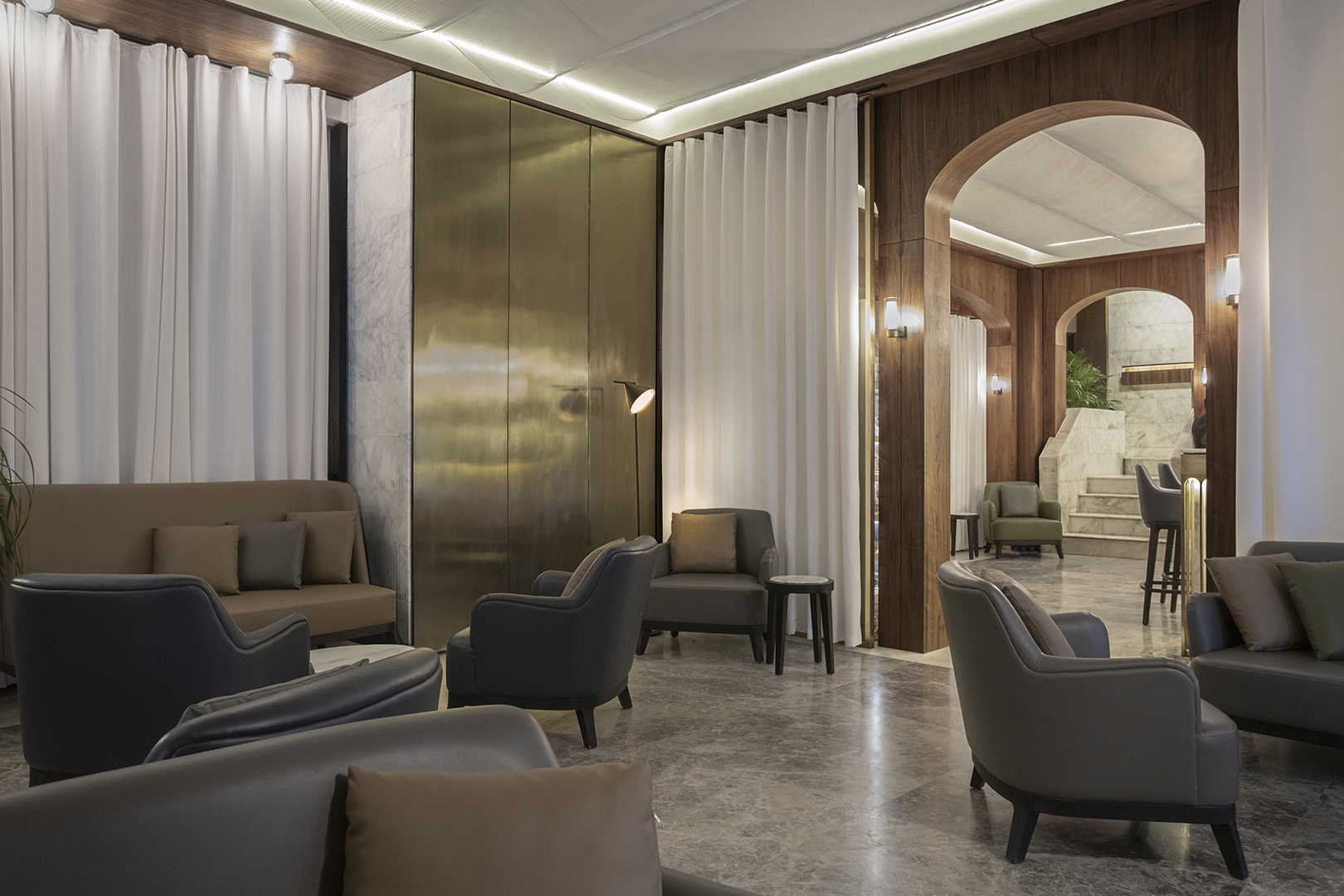 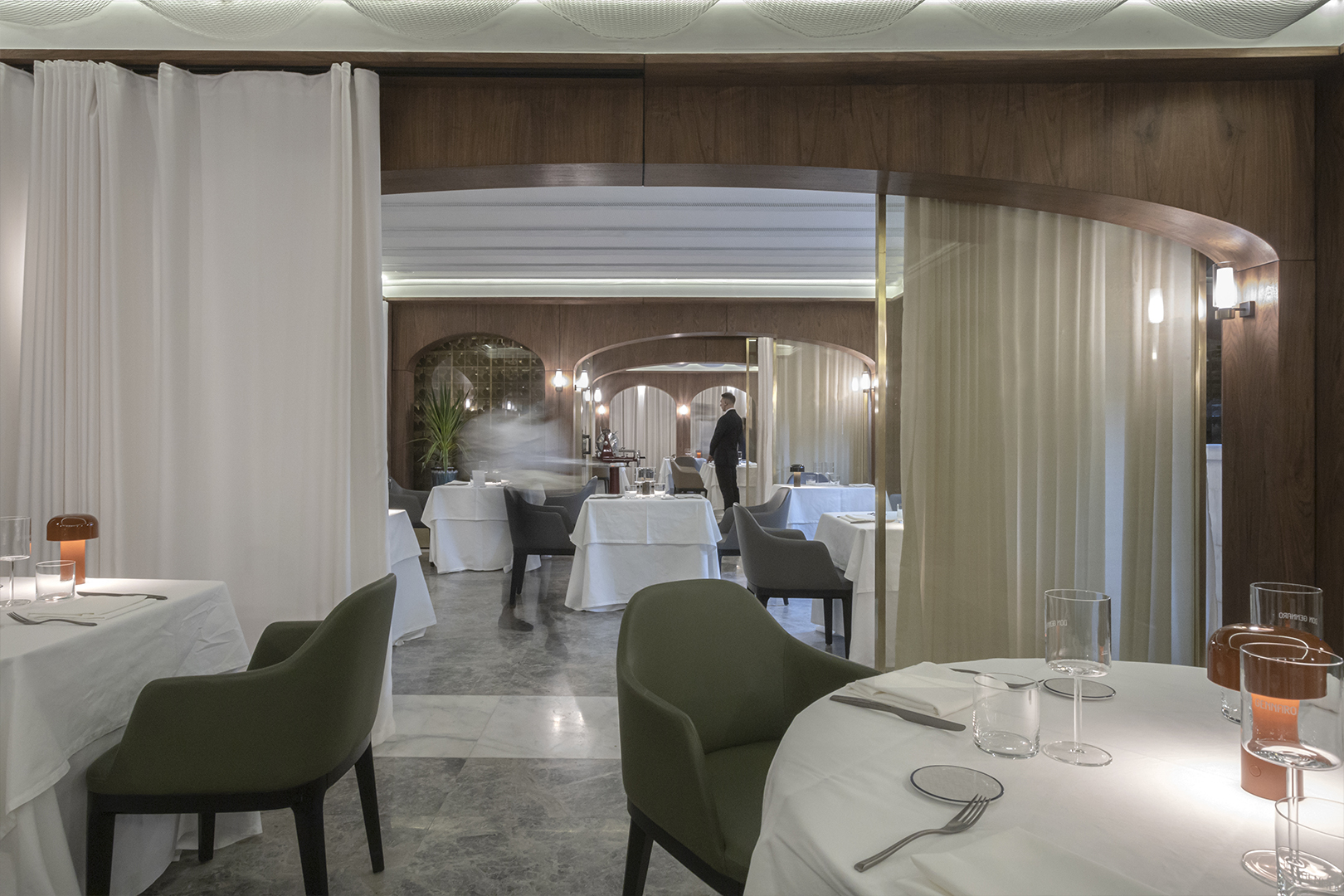 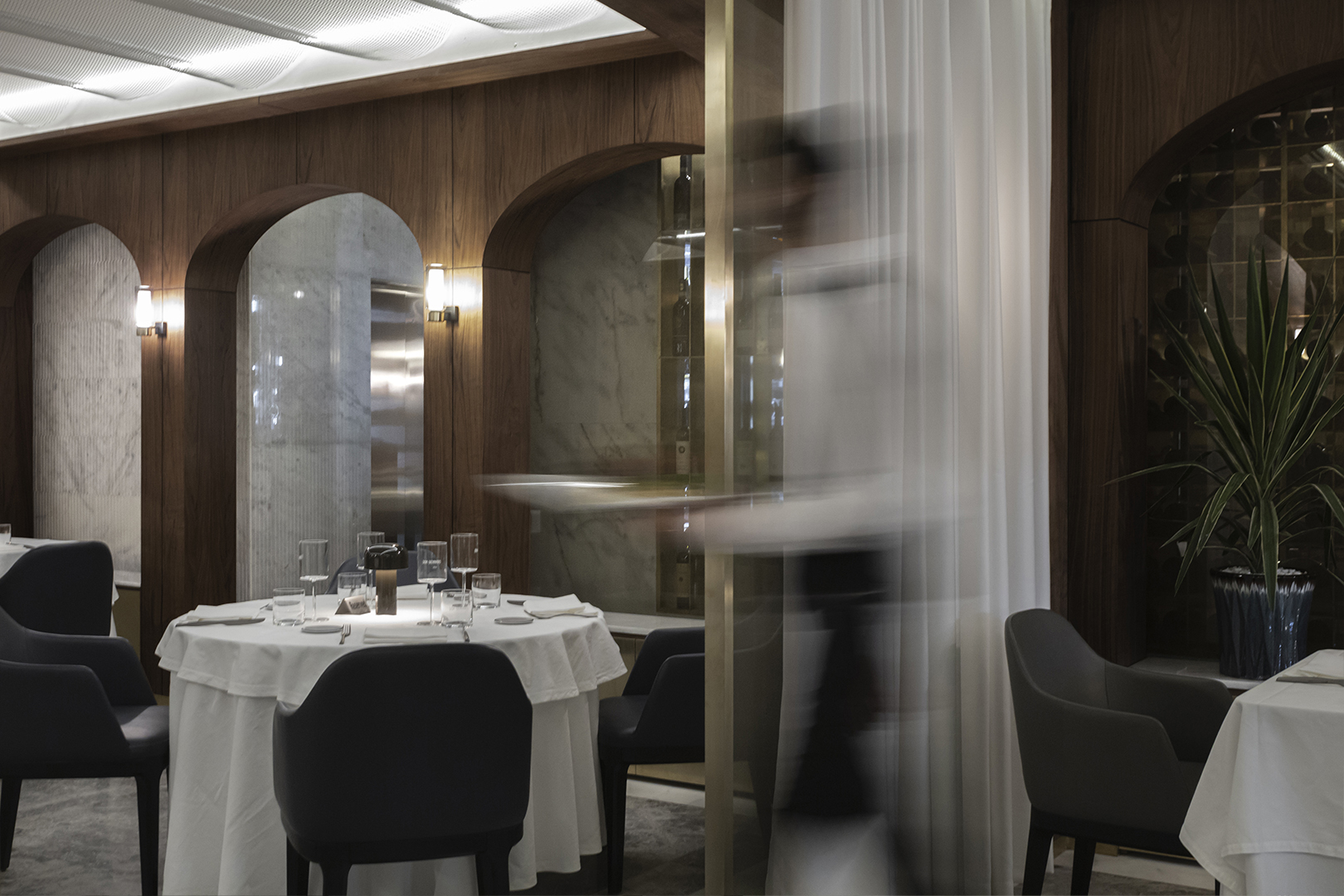 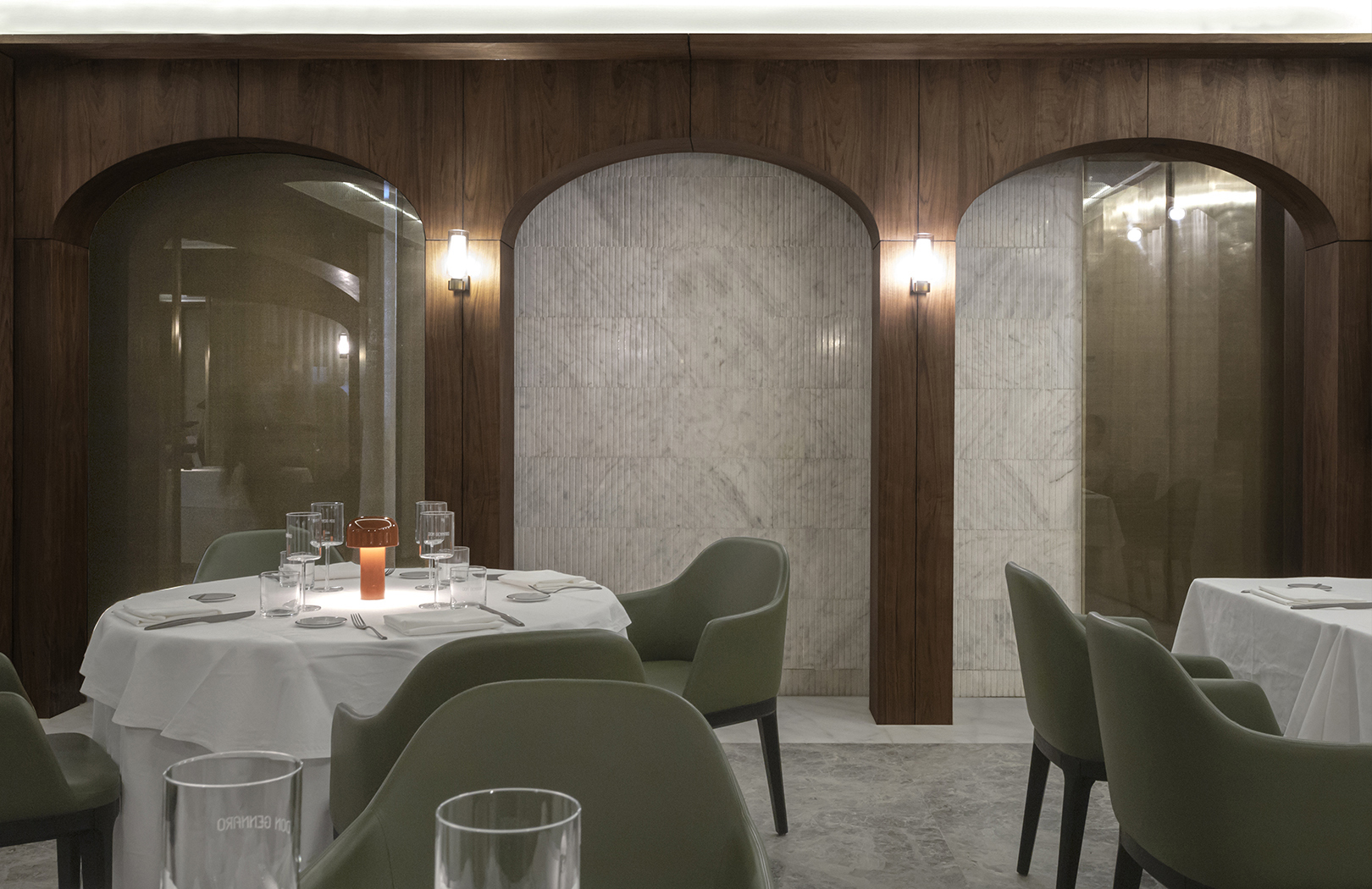 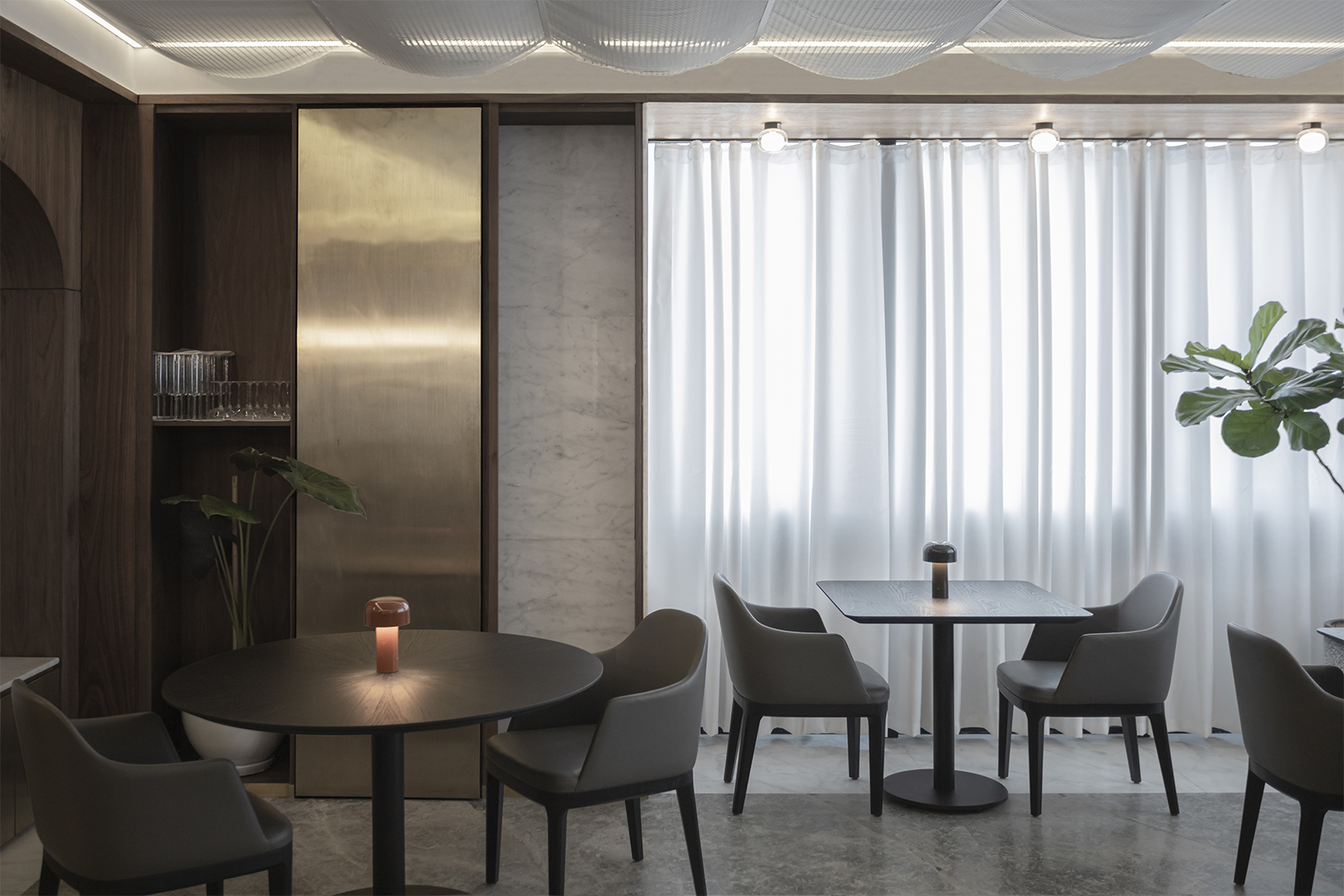 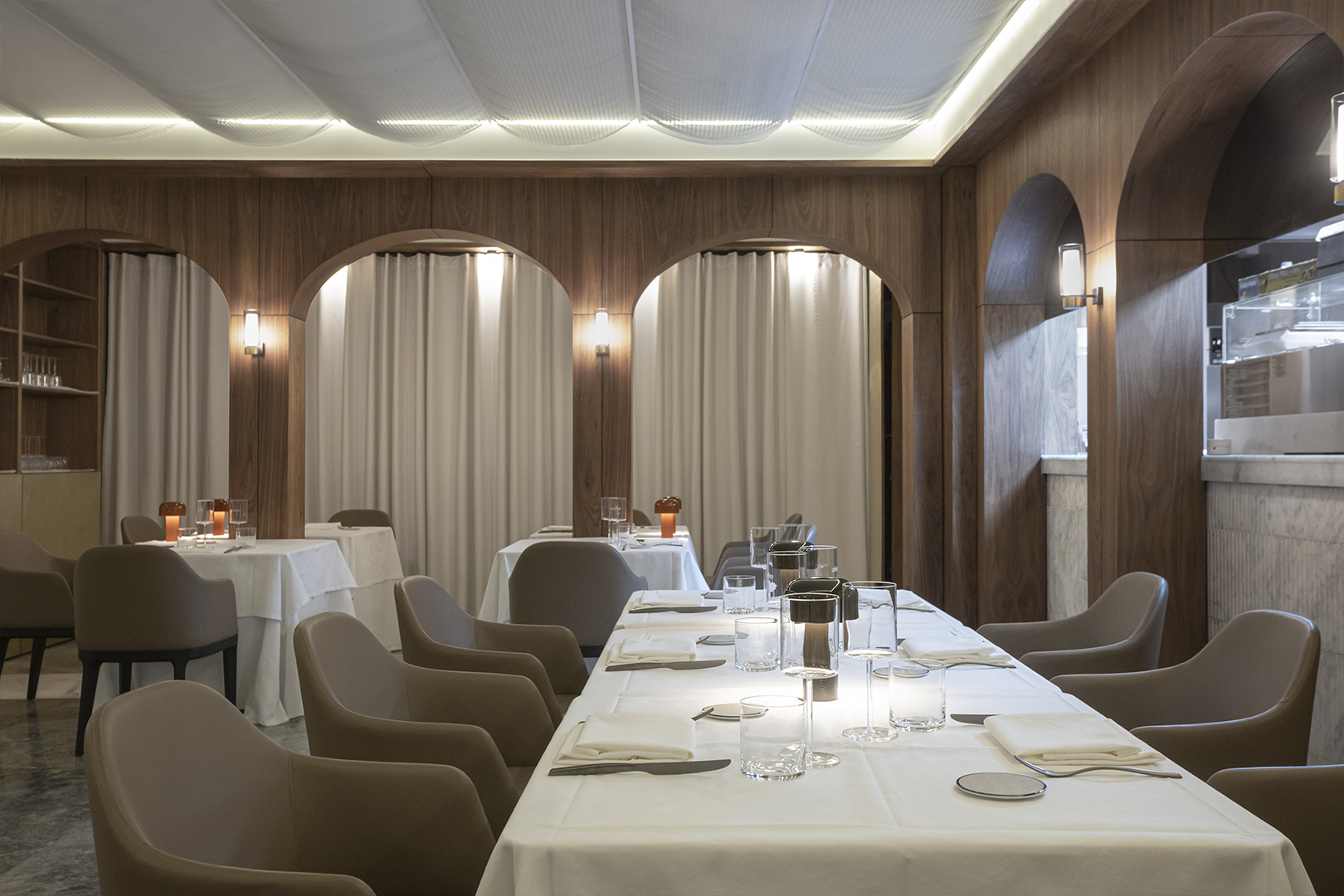 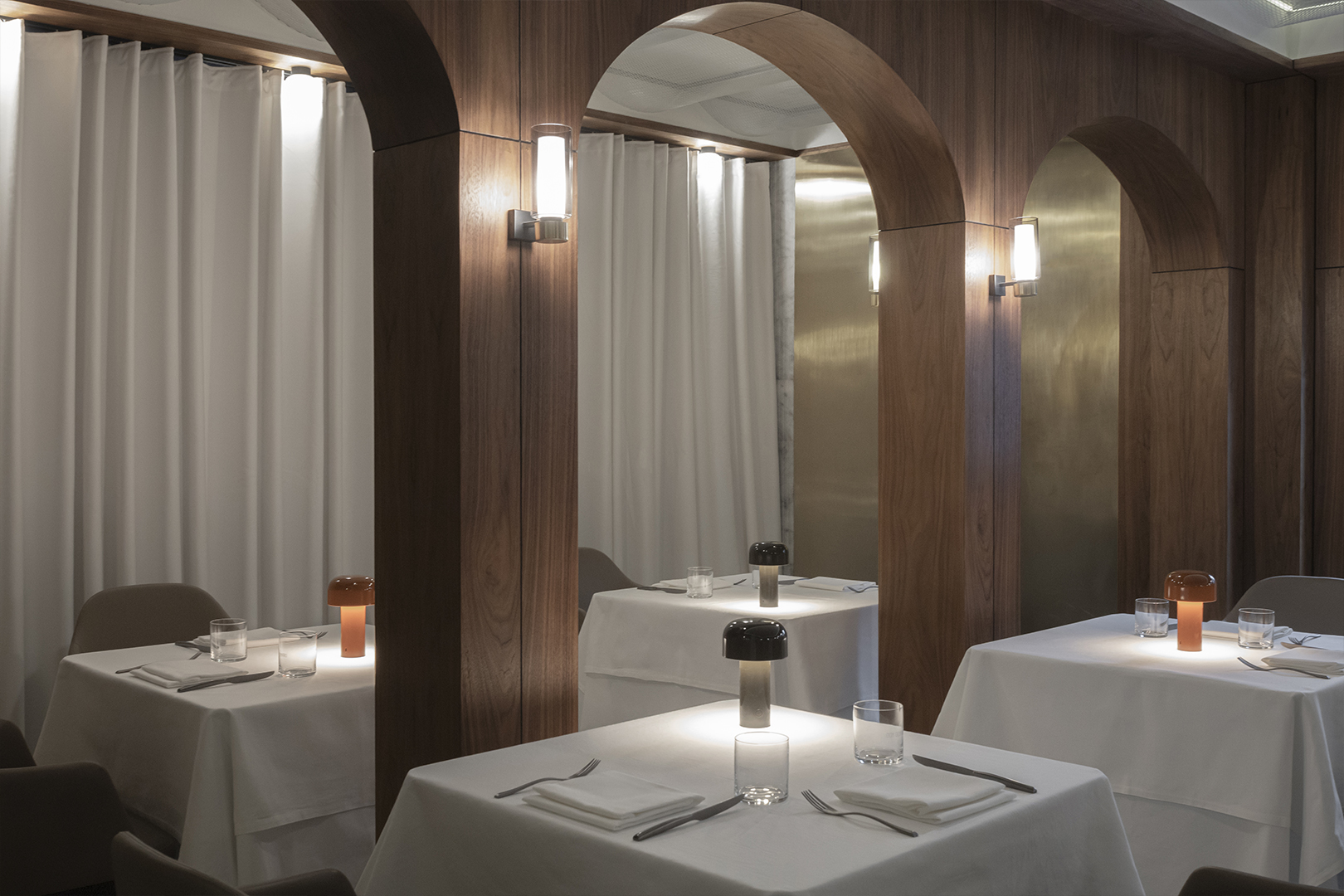 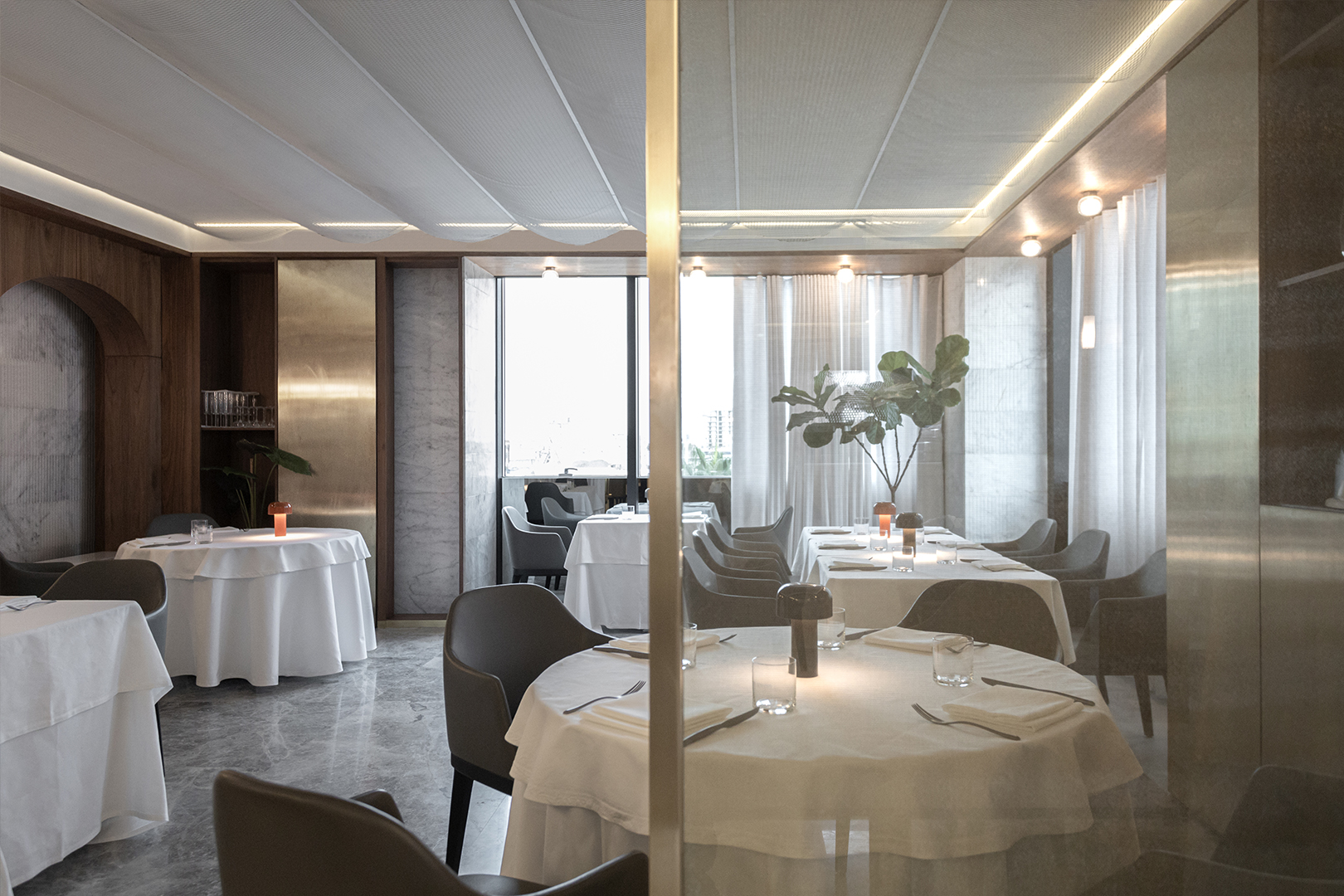 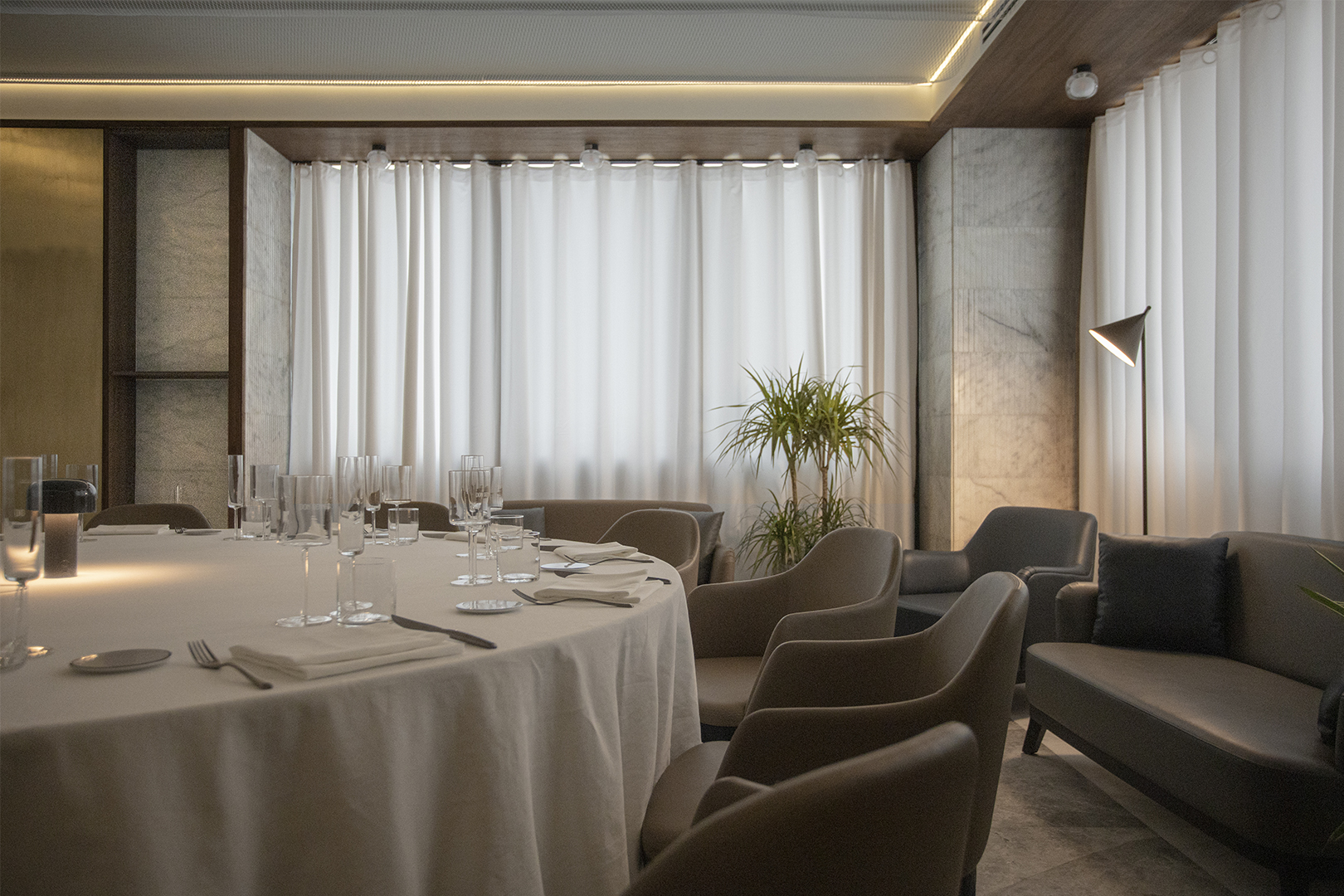 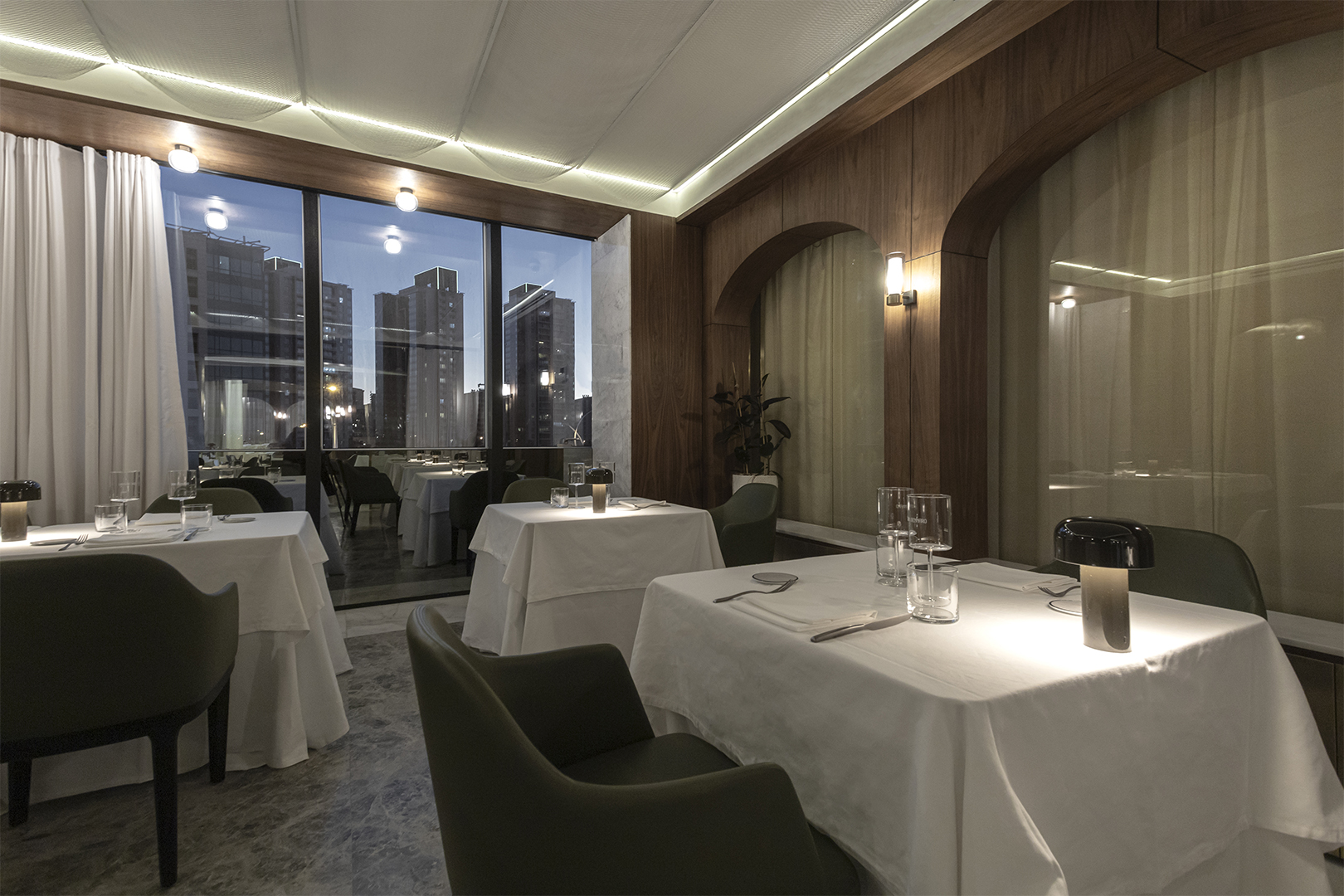 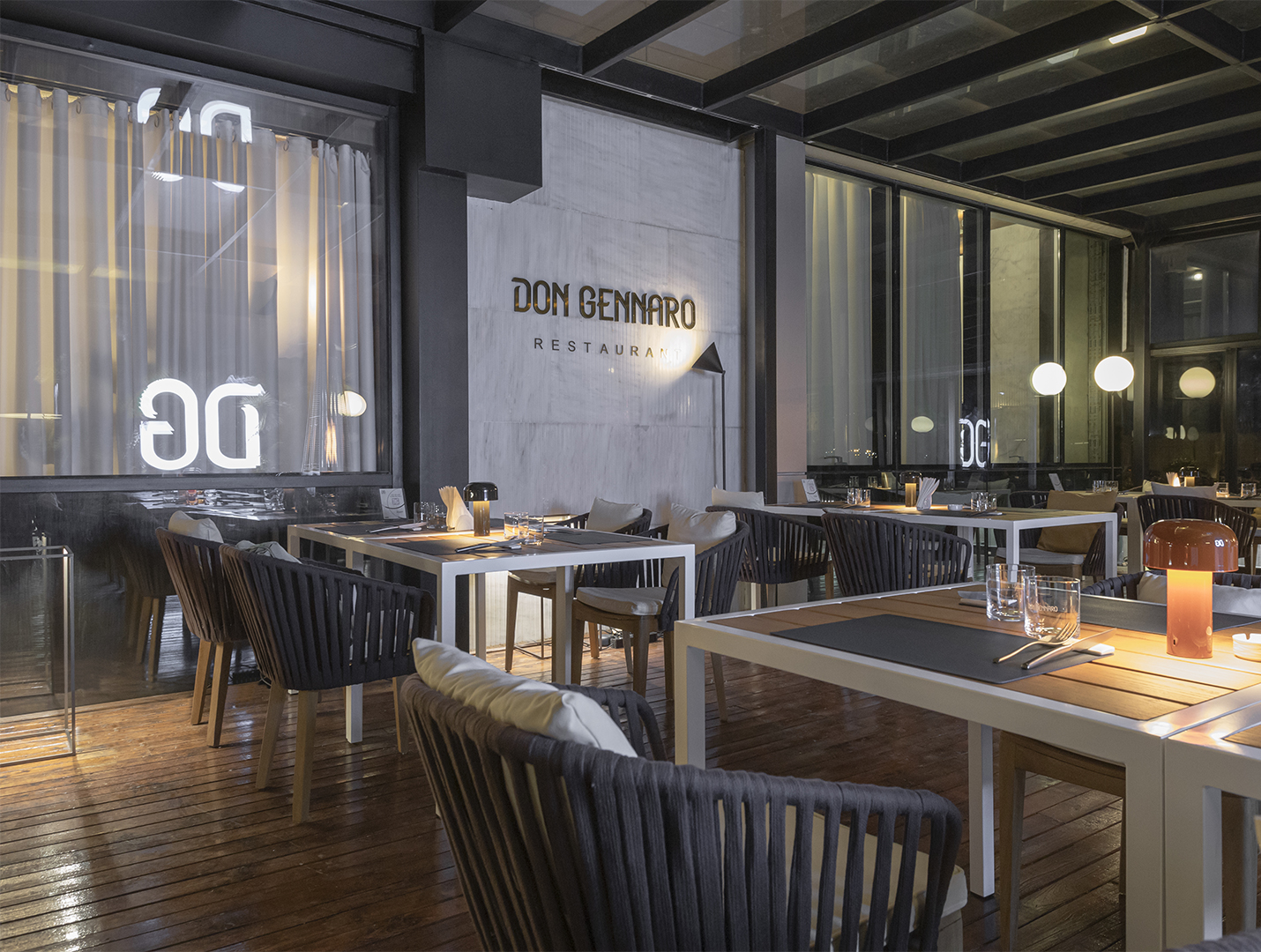 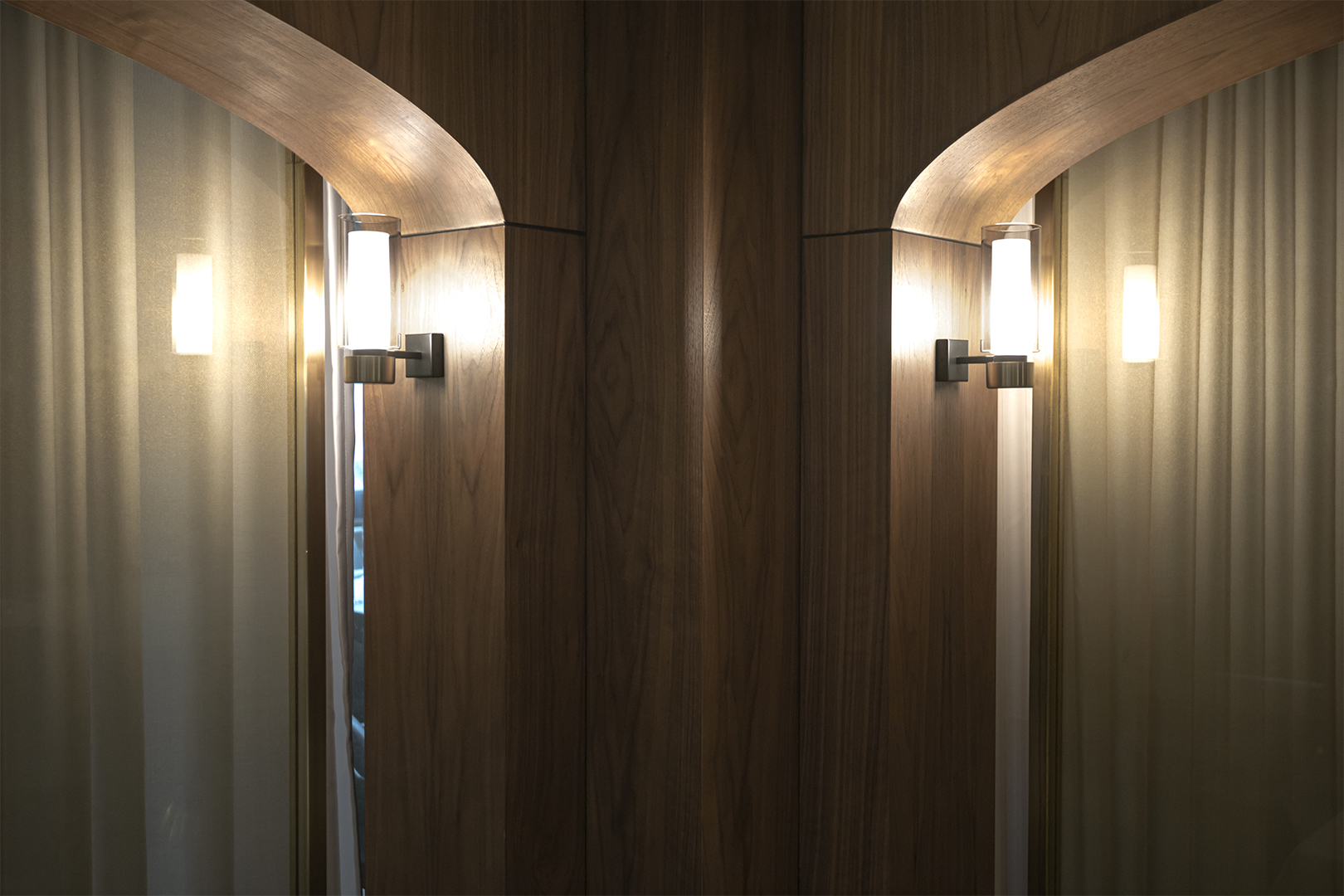 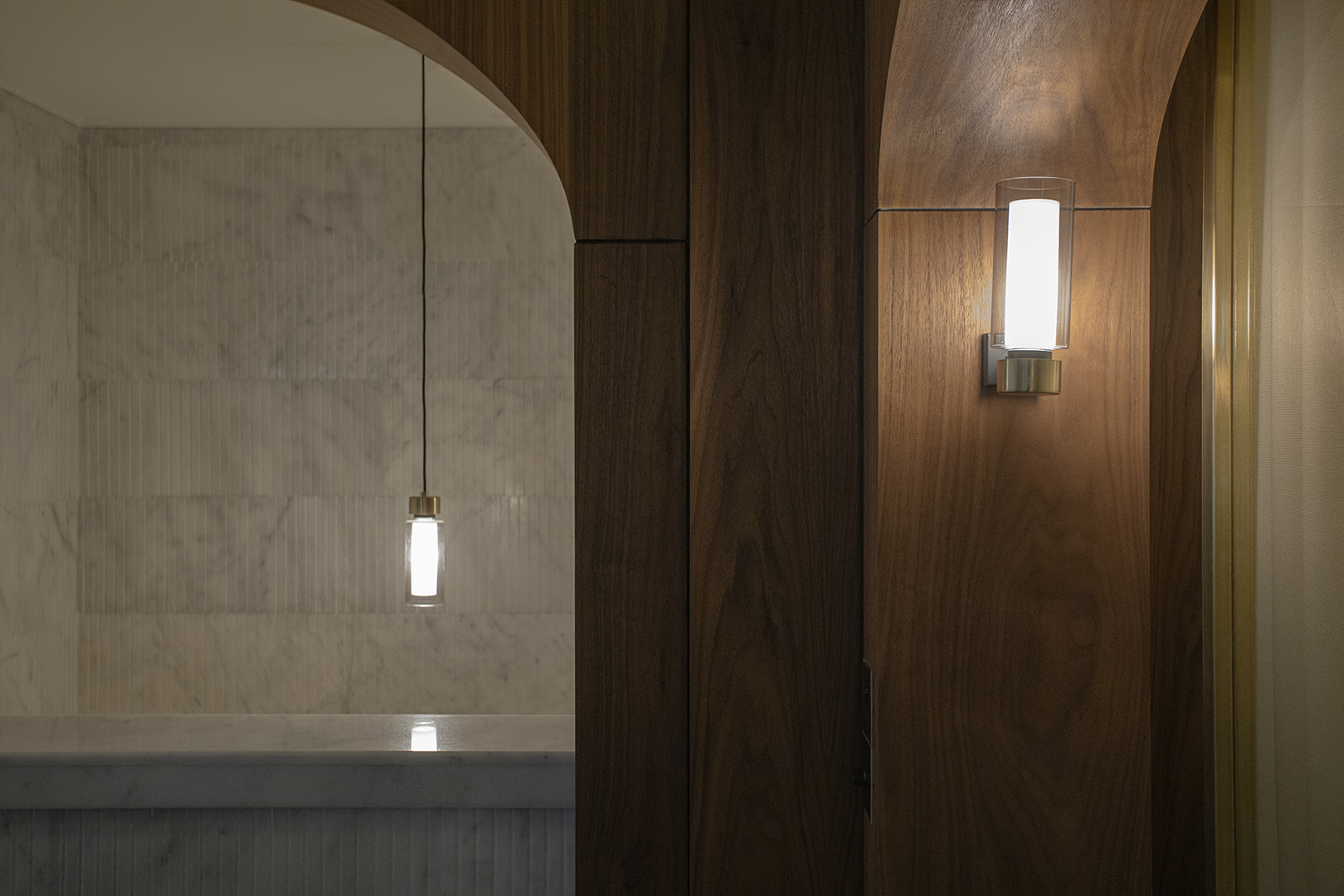 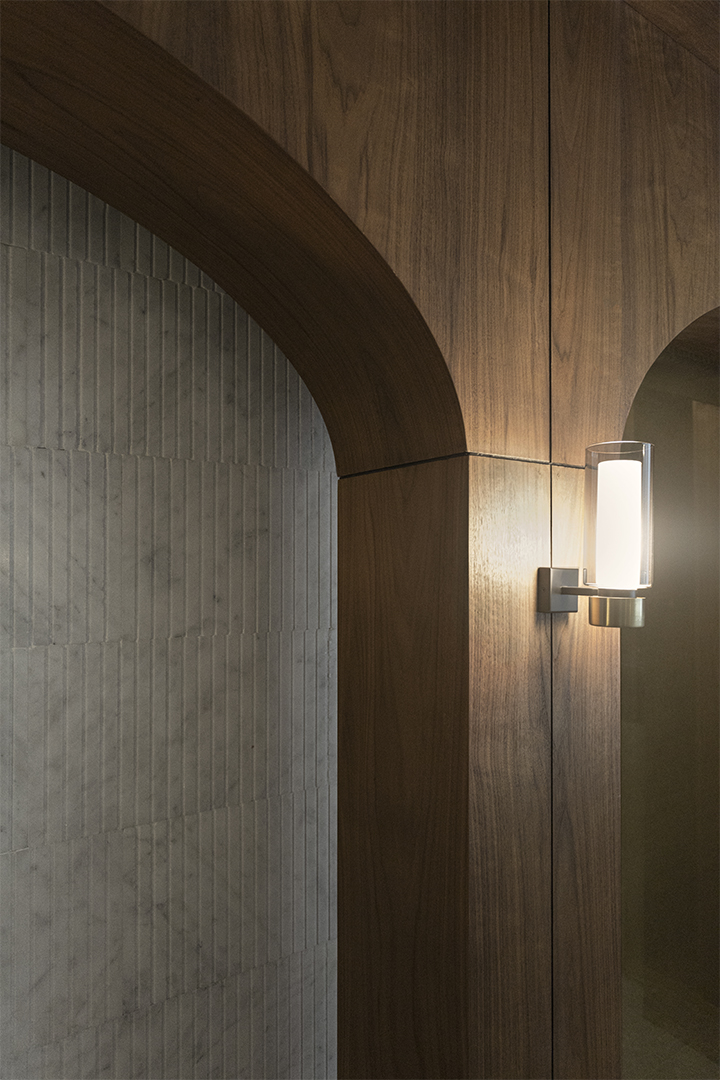 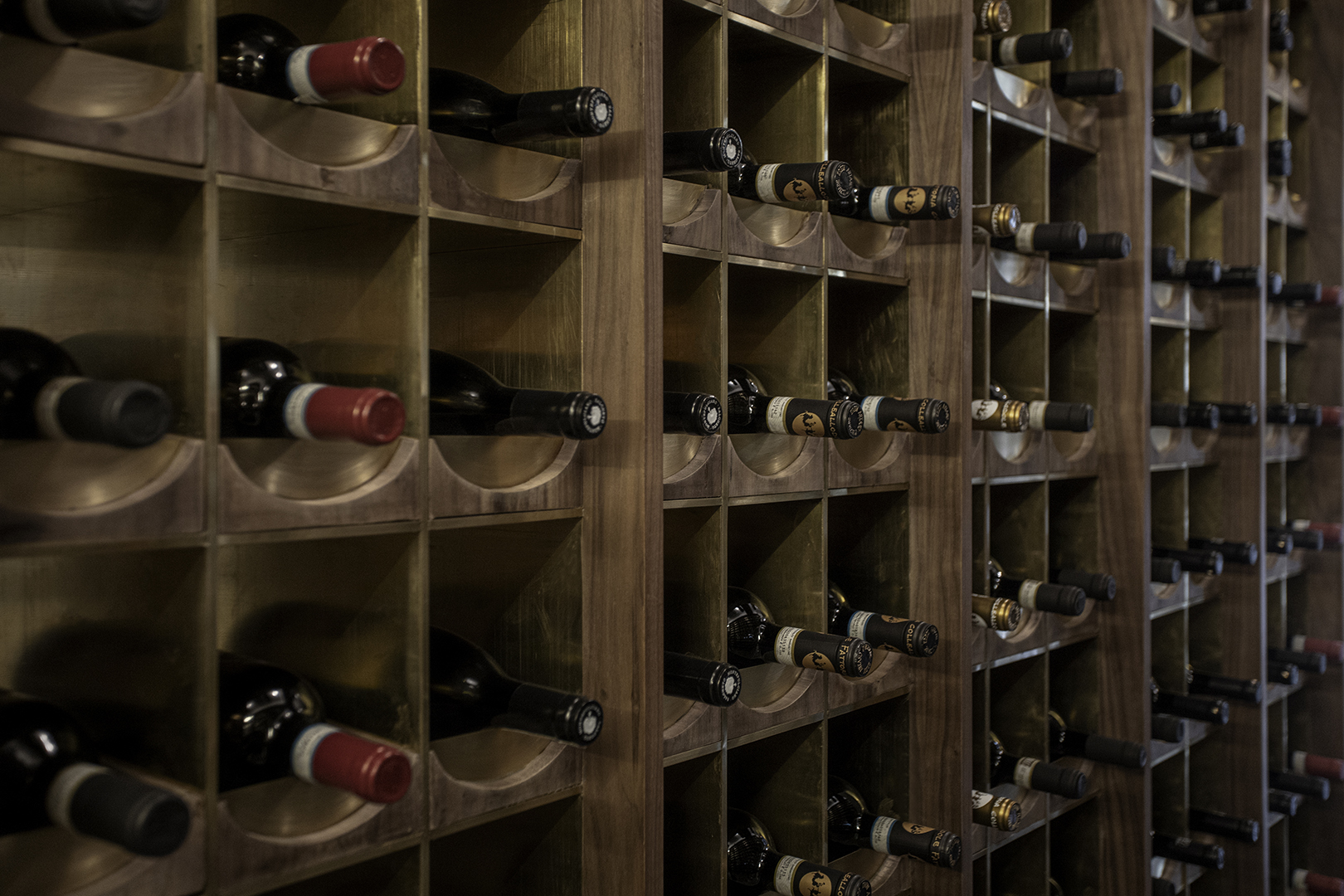 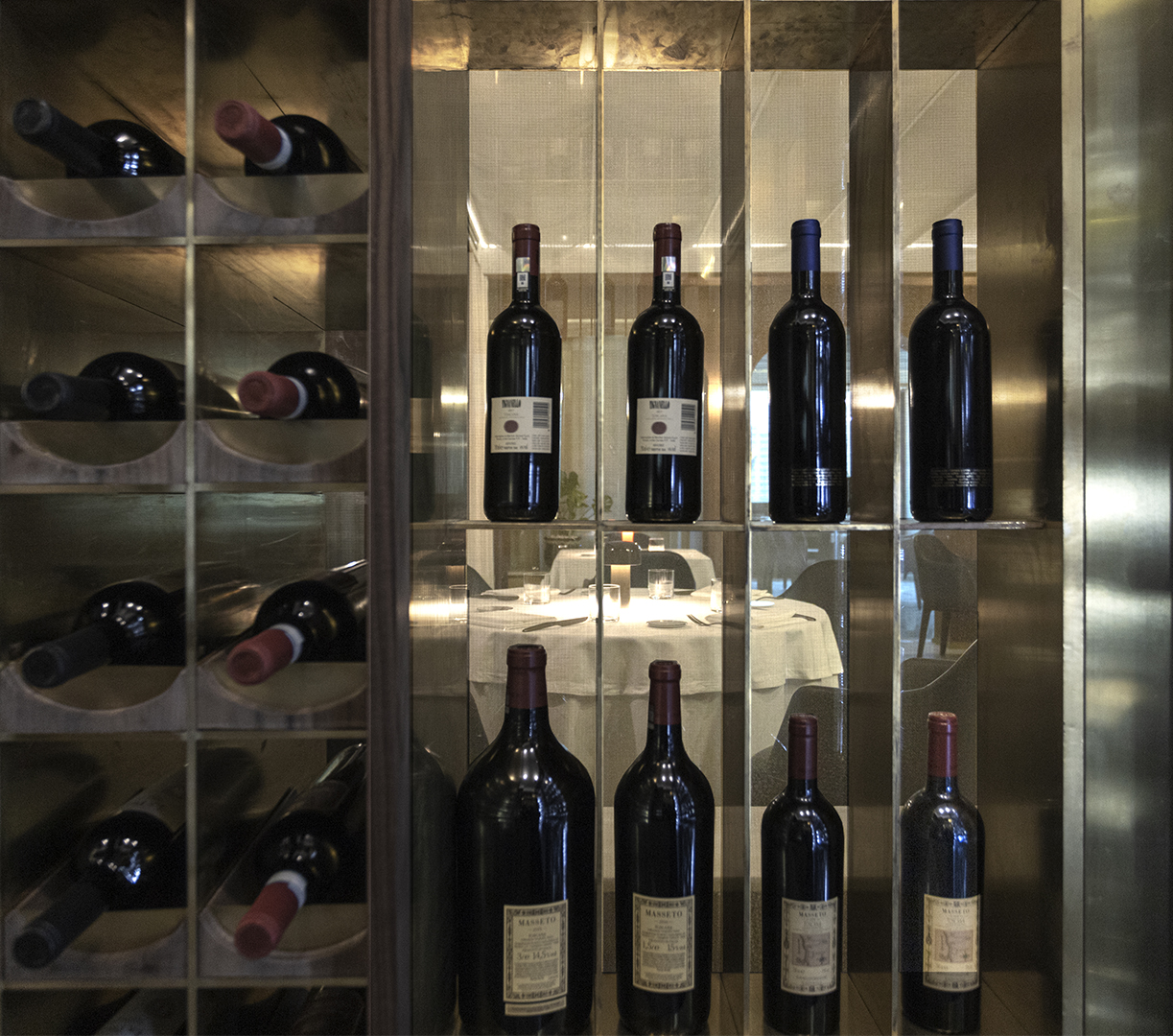 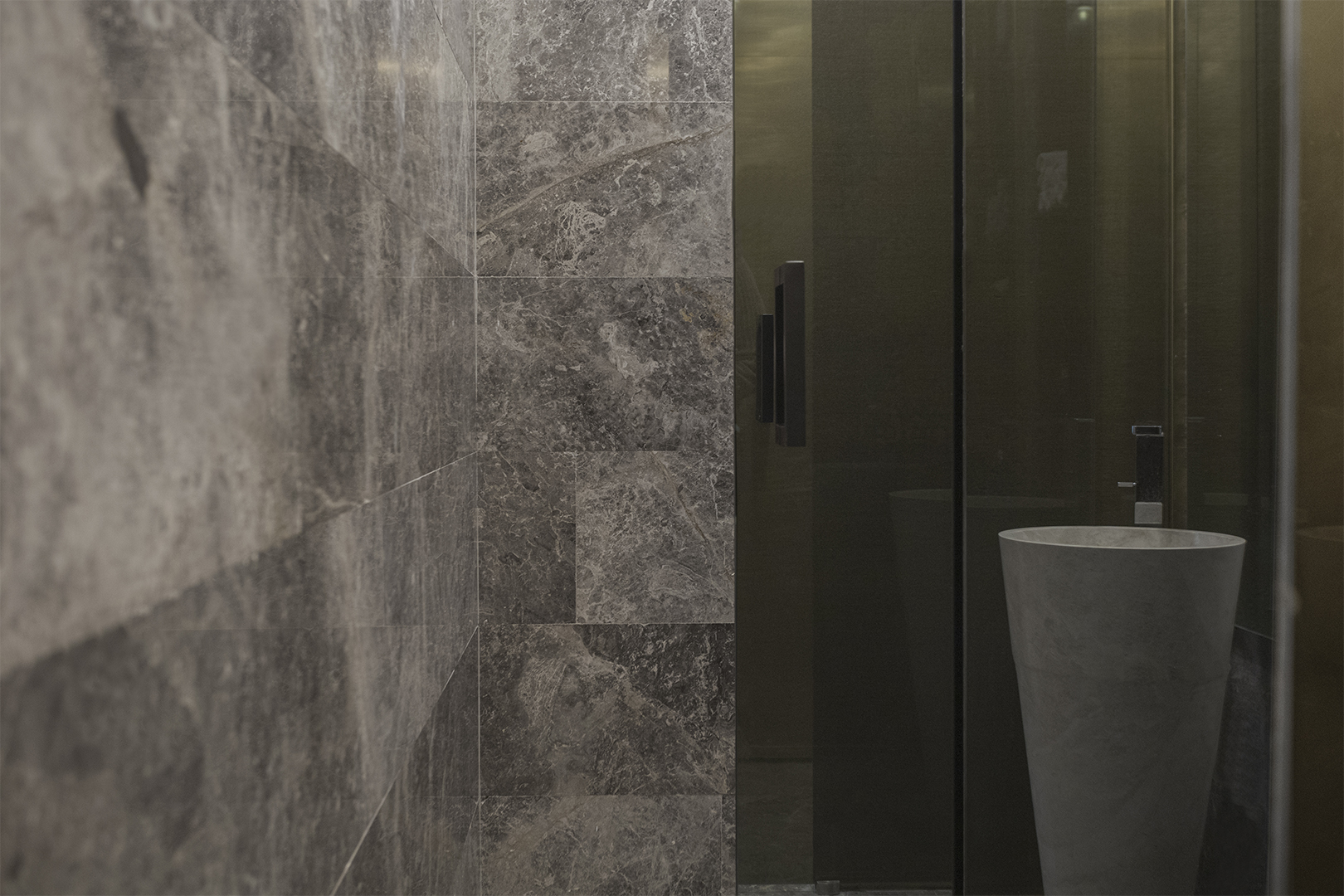 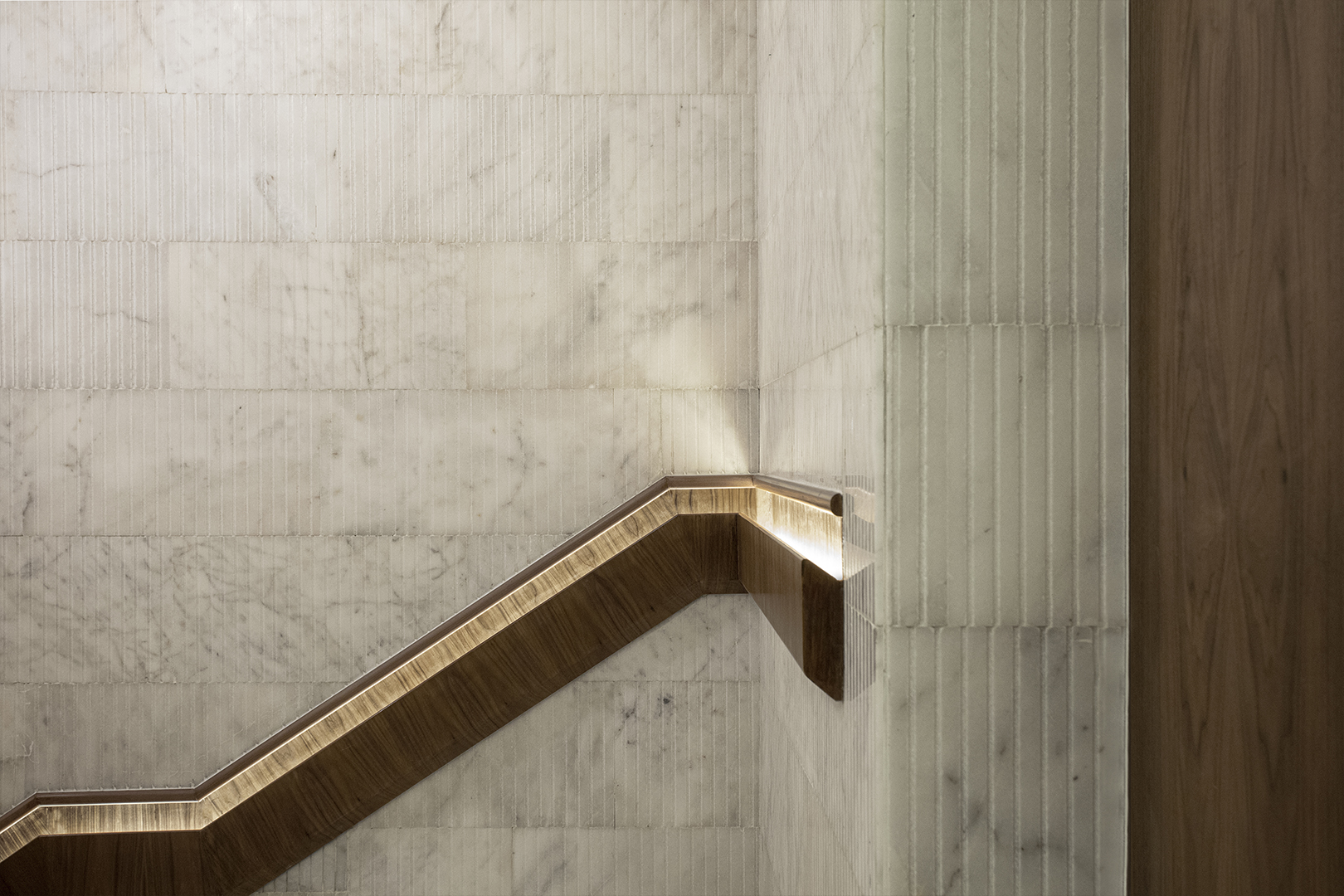 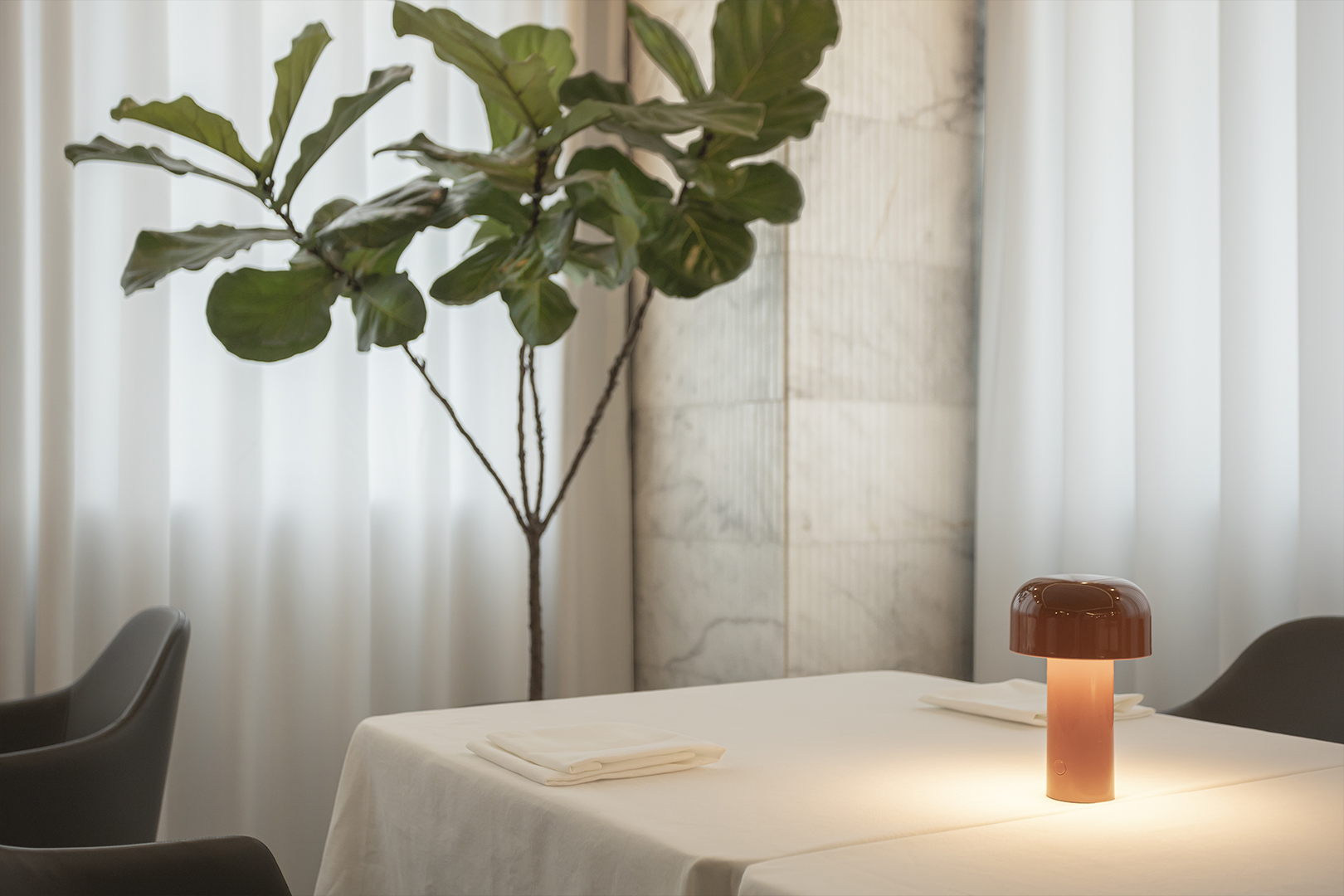 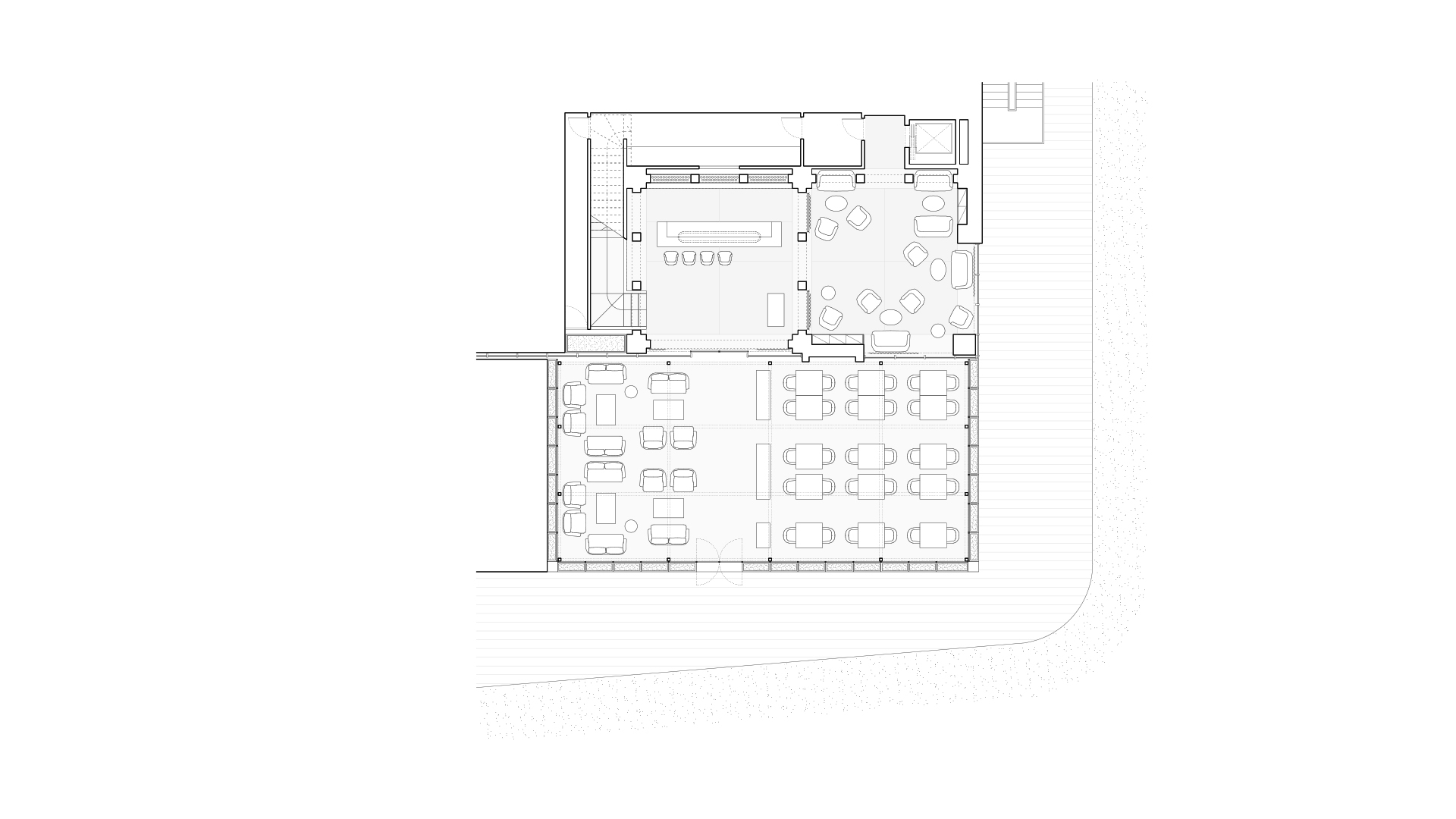 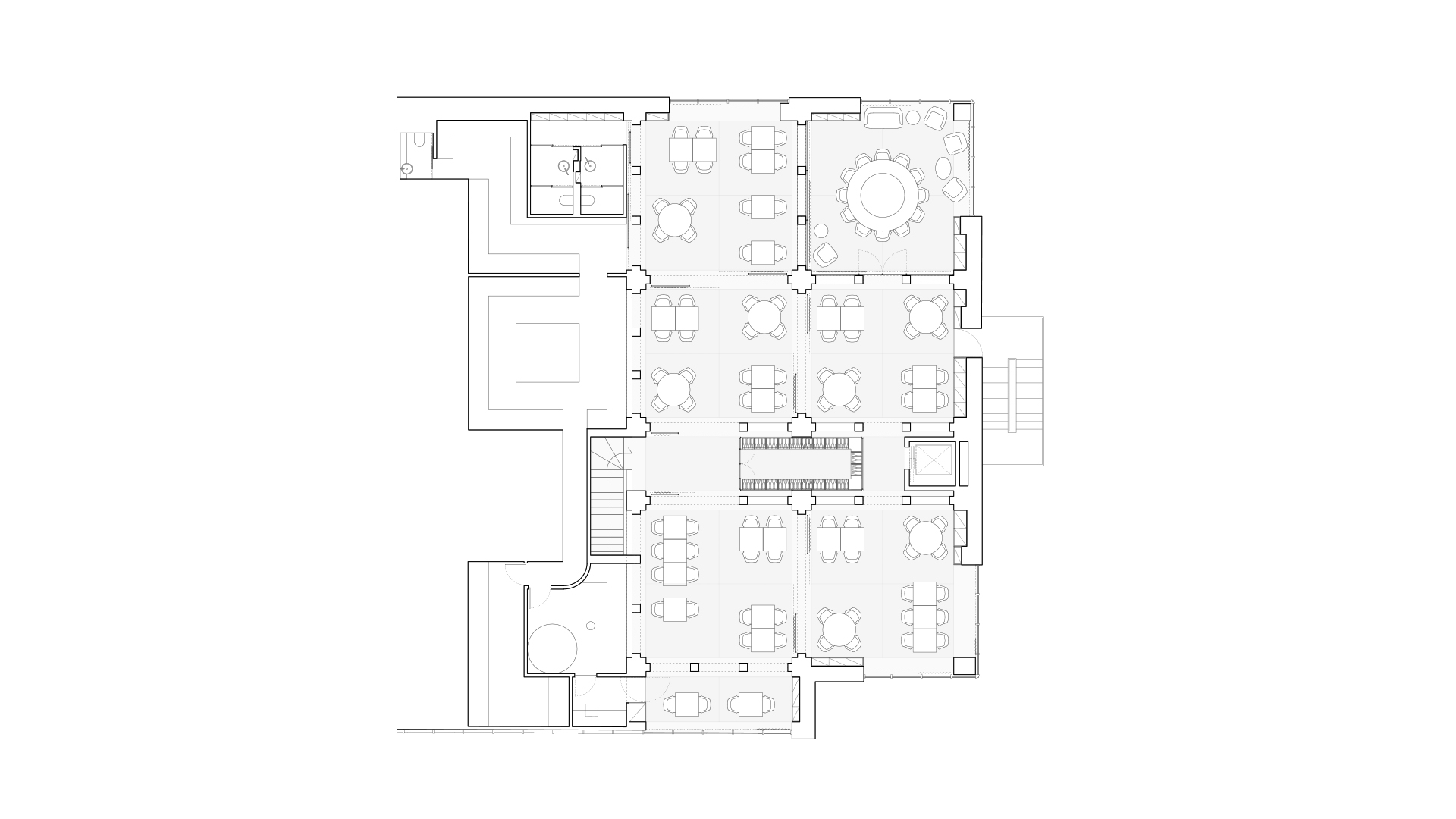 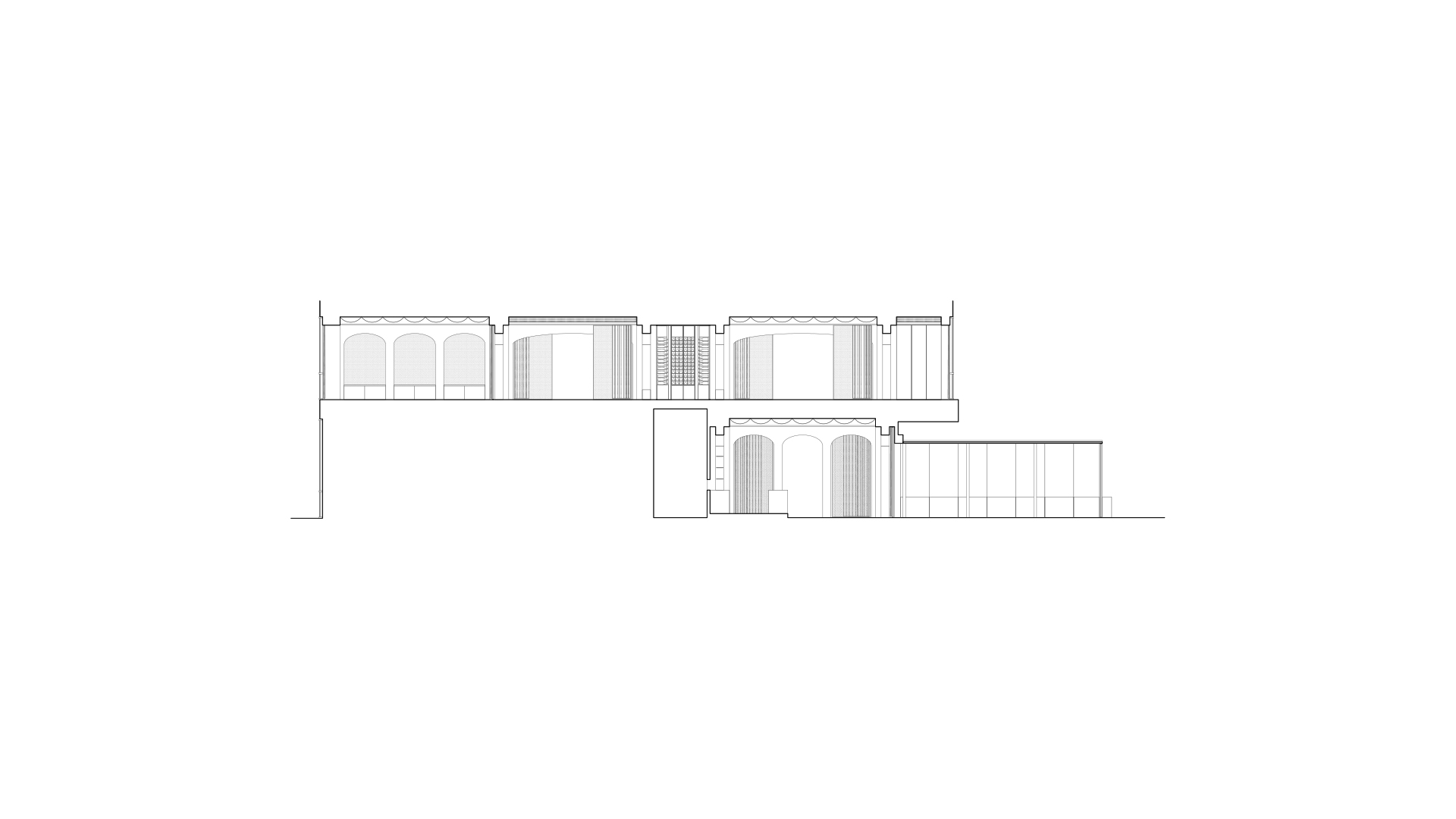 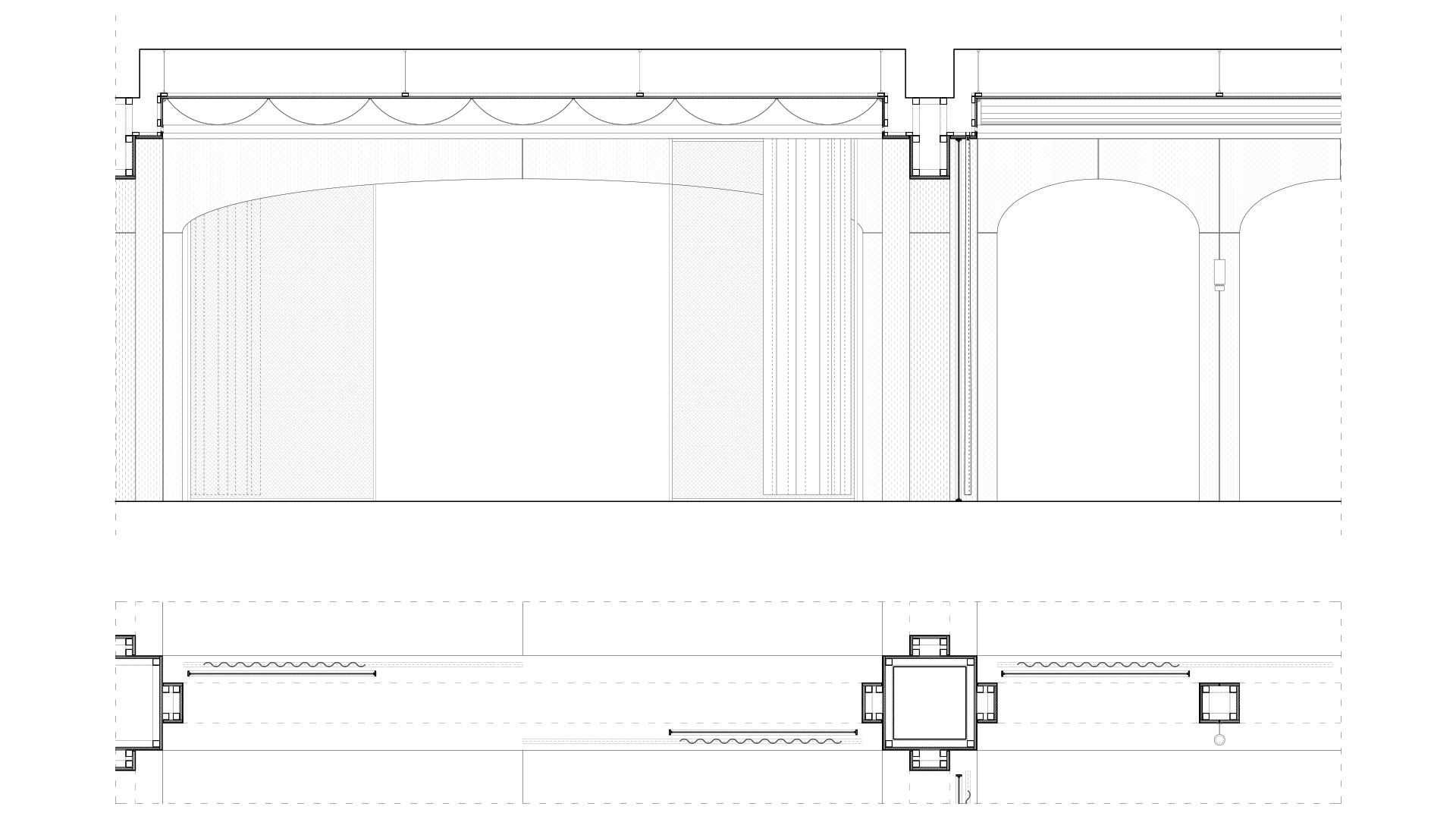 Don Gennaro Restaurant is a pilot project destined to become a restaurant reality in the Arabian Peninsula and in the world with the aim of merging two apparently diametrically opposed cultures.

The project was followed and studied in all directions, from architectural design to branding, always referring to both cultures in search of a new balance.

The design idea is based on configuring a single large space through a succession of rooms, designed with lowered arches, typical of the Arab tradition. To create more privacy between the rooms and ensure greater flexibility of spaces, the thresholds are characterized by a series of separating elements, fixed or sliding, including glass panels with a brass wire mesh core or curtain with continuous wavy texture.

Each space is characterized by a false ceiling in white metal mesh, curved as a soft textile drapery, able to enrich the lighting system and to create interesting light and shadow effects through the space obtaining a pleasant, relaxing and varied atmosphere.

The division of space is emphasized by the composition of the marble floors, with stone carpets in Carrara and Fior di Bosco marble to differentiate the rooms from the threshold spaces.

Behind the wooden arches, the hand-fluted Carrara marble slabs make the walls vibrate with a striped effect. All the marbles have been treated and opacified to give the room a more contemporary look, despite the references to Italian classicism and Arab style, which have been merged in a new balance.

In fact, even the choice of the “Don Gennaro” brand was made hand in hand with the architectural project; from the naming, to the creation of the logo, to the choice of the mise en place, everything has been designed to create a correspondence between the architectural space and the commercial image of the restaurant. In fact, coherence and recognisability are the basis of this contract project, destined to become a symbol of Italian culture in the Arabian peninsula.