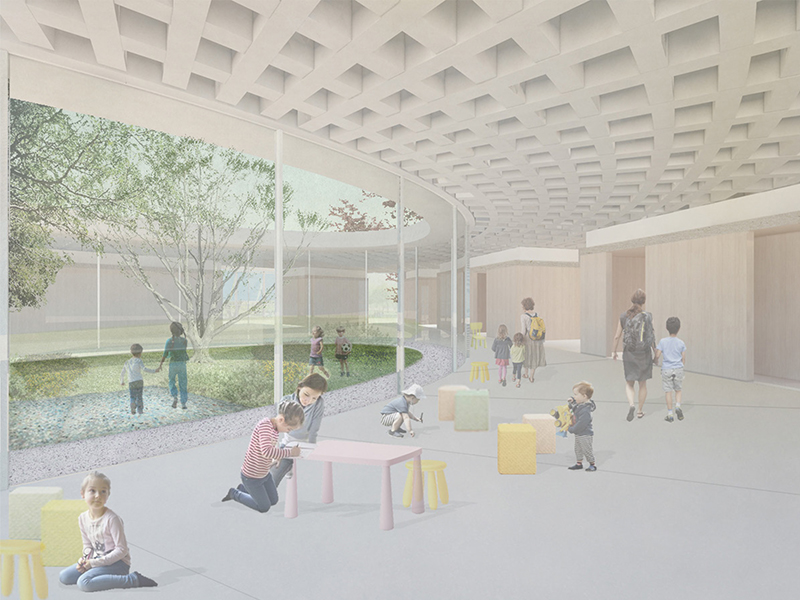 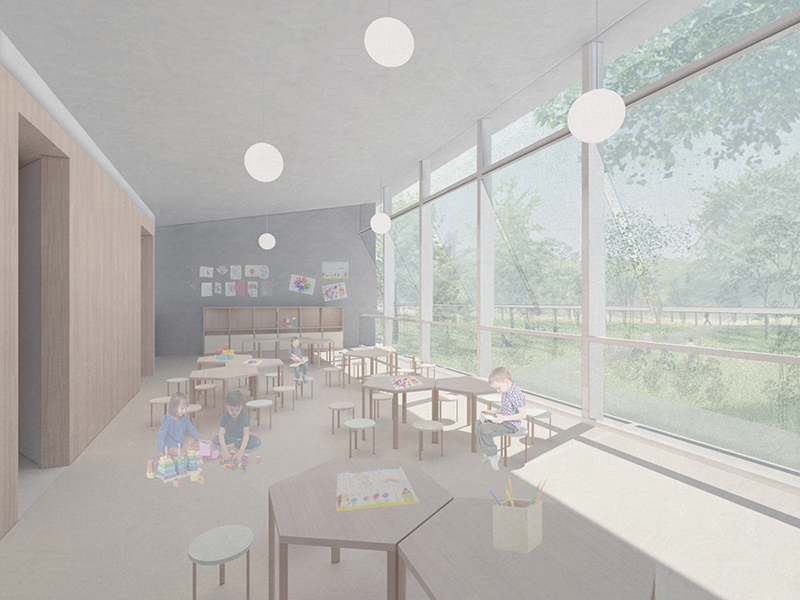 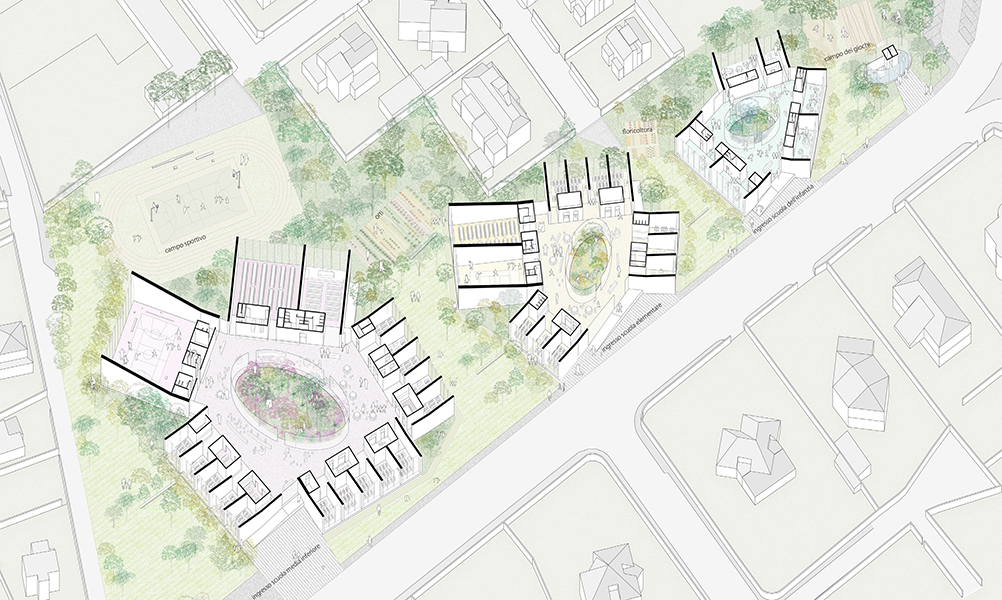 The design strategy for the new school complex is based on the definition of a series of open green spaces in which the new three buildings were designed as pavilions within an urban forest.

Three pavilions, of different sizes, sized according to functional and spatial needs: a central glass courtyard arranged as a private garden for children, around which the spaces for learning have been aggregated.

The large urban park is made up of three bands: the first, access to schools, paved and designed as a pedestrian extension of the existing road, a place to stop and meet; the second, made up of sparse plants and large meadows, is designed as a buﬀer area between the road and the urban forest, a space in which children can carry out a series of outdoor educational activities; the third, the urban forest, in which the sports fields, the didactic urban gardens and the spaces for the ﬂoricoltura are enclosed, always for didactic purposes, both strictly linked to the regular school activities and to civic support activities, becoming easily usable also from the accesses to the north.

The spatial composition of the three pavilions is the same, even though the dimensional ratios between the individual rooms and the entire reservoir in which they are enclosed, always under the same roof, vary. The classrooms are structurally deﬁned by a series of structural walls that mark the size and the rhythmic division of the space. Between the classrooms and the central space - the real meeting place and the life of the schools - there are all the spaces necessary for the functioning of the institutes, enclosed in wooden boxes that are different from the rest of the building.